President Trump has just released a statement on the uprising in Cuba, reminding everyone on the reality of the situation with regards to Biden and his predecessor, Obama: 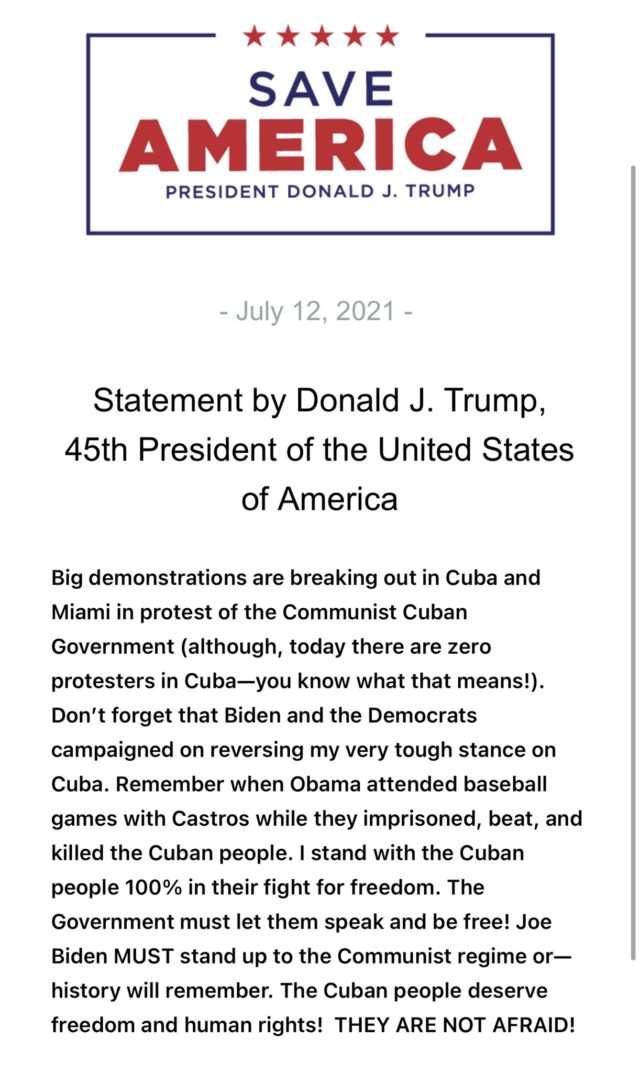 I love how he reminds people of Obama attending a baseball game with Castro “while he imprisoned, beat, and killed Cuban people.”

And how he reminded people that Biden and Democrats campaigned on undoing his policies, which helped bring us to this very point.

But more importantly, he calls on Biden to stand up to the COMMUNIST regime, not just some vague authoritarian regime. Which we all know he’ll never do because in reality, he supports Communism and wants it to continue thriving in Cuba. That’s why he and Obama tried to normalize relations with Cuba, because they want everyone to just accept Cuba’s Communism instead of fighting against it.

Next thing you know, Biden’s gonna be hiring this guy to help him with Cuba: