“Fact-checker” Politifact rated Vice President Mike Pence’s statements at a VP debate “false” after he repeated what President Trump said about California’s forest fires being the result of poor forestry management and not CLIMATE CHANGEE1!!!!! like the media and democrats like Gavin Newsom (but I repeat myself) continued (and continue) to insist.

OF COURSE HE WAS RIGHT. This was never in doubt, and it wasn’t even hard to understand. Especially if you believe in SCIENCE! like every Democrat claims to.

This easy call was “missed” by the mainstream media collectively.

California is adopting former Donald Trump’s plan to thin out the state’s 33 million acres of forests with controlled burns and raking the woodland floor – after state officials essentially laughed off the former president’s idea a few years ago.

Trump had suggested in 2018 that the Golden State start sweeping its forest floors of debris that often aids in the spread of wildfires.

But by Aug. 2020, at the peak of the state’s wildfire season, his suggestion became an ultimatum when he withheld wildfire financial aid on the basis of California’s failure to clear its forests of dead trees, branches and leaves, Politico reported at the time.

Now, California is putting Trump’s plan into practice statewide as groups of 12-person crews set about a $500 million effort to thin the state’s forests with controlled burns and sweeping the forest floors of pines, redwoods and firs, according to a recent Bloomberg report.

Yeah, how about that. They are LITERALLY sweeping/raking the floor. JUST LIKE TRUMP SAID. 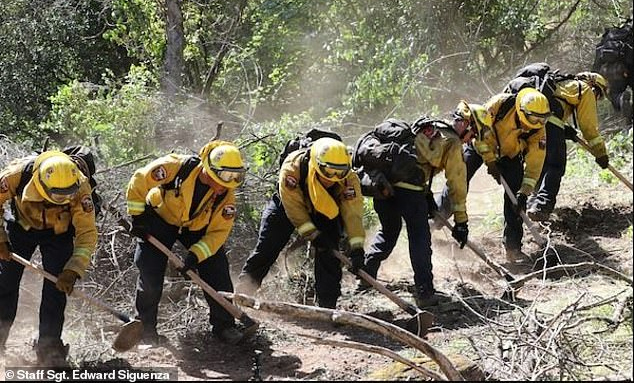 The media sucks so much. It’s on everything. It’s all the time. It’s infuriating. And it’s DANGEROUS TO TREES.