The media’s number one job is colluding with Democrats to put Democrats in power, keep Democrats in power, and smear everyone who isn’t a Democrat. So it makes sense that they spent four years making Trump tweet typos into a national “conversation” and day-long stories but memory-hole Democrat gaffes.

Fake Tapper and the Fat, Dumb, and Bald Guy got endless Twitter engagement, newsletter clicks, and airtime snark off of making fun of simple typos. But Schumer’s erectile dysfunction gets cleaned up and flushed down the memory hole.

During the intro to “This Week,” ABC used some editing magic to fix Schumer’s phallic flub pic.twitter.com/eLywGsvZNR

The sheer volume of hypocrisy is one of the ways they get away with it. It’s so frequent and blatant and abusive and interconnected it’s almost impossible to call out sufficiently or frequently enough.

As Instapundit’s Ed Driscoll reminds us, it’s been that way for a while. 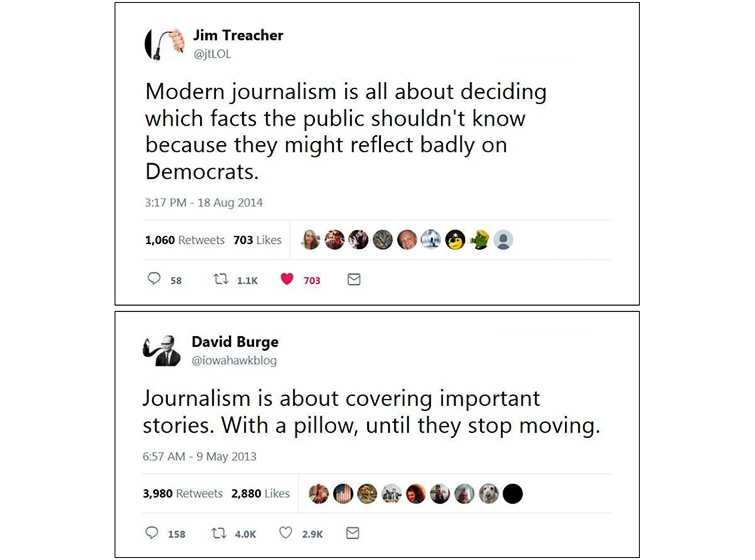