CNN’s John Harwood is one of the most smugly self-satisfied reporters in the business, and we’re using “reporter” insanely loosely here. If you’ve ever seen his “reports” they are little more than his opinion wrapped around DNC press releases. Which makes sense since, between gigs on cable news, he WORKS for Democrats.

But CNN and all Harwood and all his colleagues pitch him as a newsman all the time. Today is a great example of some of what passes for NEWS at CNN. 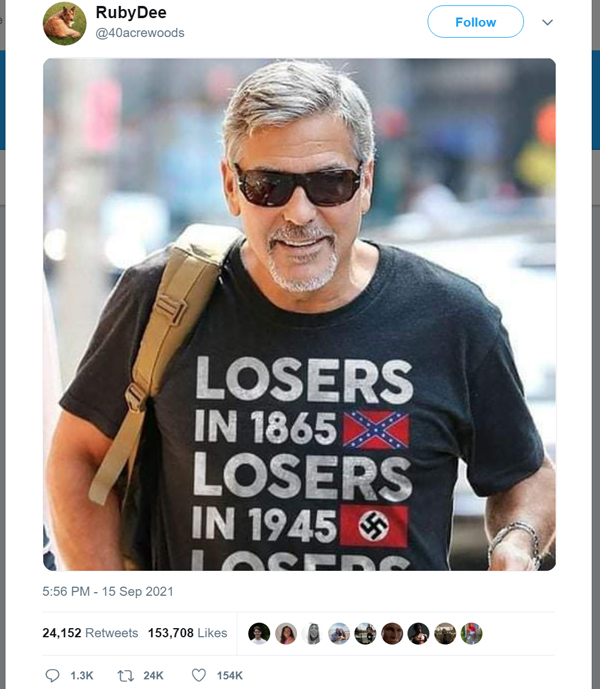 He thinks he’s being witty or covering his butt by saying “accurate”, which is funny since it’s not even REAL, but the fact is that he retweeted the image for the same reason the person posted it and the thousands of other libiots retweeted it. They are saying MAGA = Nazi. That’s the reason.

Hey remember when photoshopped images were the WORST CRIME EVER? Things sure change around these parts huh?

And speaking of photos, I’ve got a real nice one of ol’ John that I used to share this post on Gettr.