The Senate has just passed the bipartisan budget deal that Trump worked out with Republicans and Democrats and had already passed the House:

JUST IN: The U.S. Senate has voted by a 67-27 margin to pass a budget deal that will suspend the debt ceiling for two years pic.twitter.com/maBsdx7xdU

Trump will be very happy about this:

Budget Deal is phenomenal for our Great Military, our Vets, and Jobs, Jobs, Jobs! Two year deal gets us past the Election. Go for it Republicans, there is always plenty of time to CUT!

Plenty of time to cut? If only that were true. In reality, all we ever do is spend, spend, spend and we never really cut anything.

We don’t know which Republicans supported it yet, only how many:

Budget deal advances in Senate 67-27, with 22 Republicans and 5 Dems opposed:

Off the top of my head I know that Ted Cruz and Marco Rubio should be among those who voted against it. And surprisingly, Mitt Romney:

About to vote on the budget and debt limit deal, which I’m opposing because it adds another $2 trillion to the debt. We need a new track to repair our fiscal foundation and save our children & grandchildren from a future debt crisis. pic.twitter.com/Wu2JgmX583

Here’s which Republicans voted for and against the budget deal… 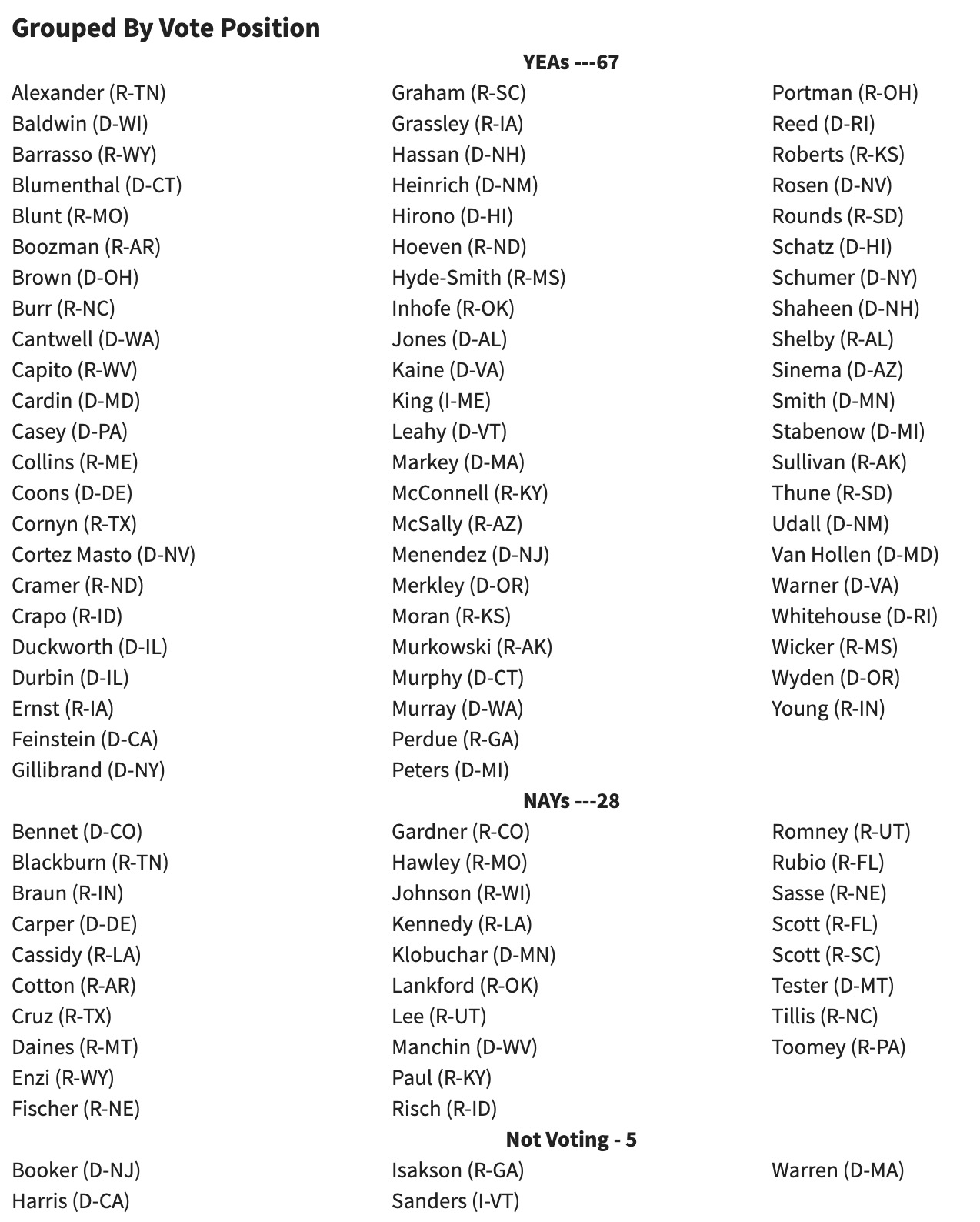