So Suzy Rice tried to have her own Trump comeback at Trump yesterday after he was ripping on her from Twitter.

Susan Rice, who was a disaster to President Obama as National Security Advisor, is now telling us her opinion on what to do in Syria. Remember RED LINE IN THE SAND? That was Obama. Millions killed! No thanks Susan, you were a disaster.

I mean, pretty typical. Nothing too special. But Suzy saw it as the perfect opportunity to fire this one off:

Then why did you come up and hug me at 2015 WHCD when I’d never met you (which was totally gross) and whisper in my ear that I had been “very unfairly treated” over Benghazi and “was doing a great job for the country”? https://t.co/HG3SU2gfrE

Ohhhhhh boy. That IS kinda odd, right? I mean, conservatives were incensed about Benghazi, Trump appeared to be with us, and yet here he is playing kissyface with Susy Rice.

I see. She was selling a book, that’s why she was just waiting for the right opportunity to fire this one off.

So I went looking for evidence this happened. The meeting definitely did – remember this was before Trump won the election:

That time when Donald Trump went in for a snuggle with Susan Rice. (#WHCD thru the eyes of @_RoxanneRoberts) http://t.co/LWmwftceIO

Look at this one:

What did Donald Trump say to Susan Rice at the White House Correspondents Dinner? My take on what I saw http://t.co/hIPooZnR6U #WHCD

Here’s a screenshot from the wayback machine: 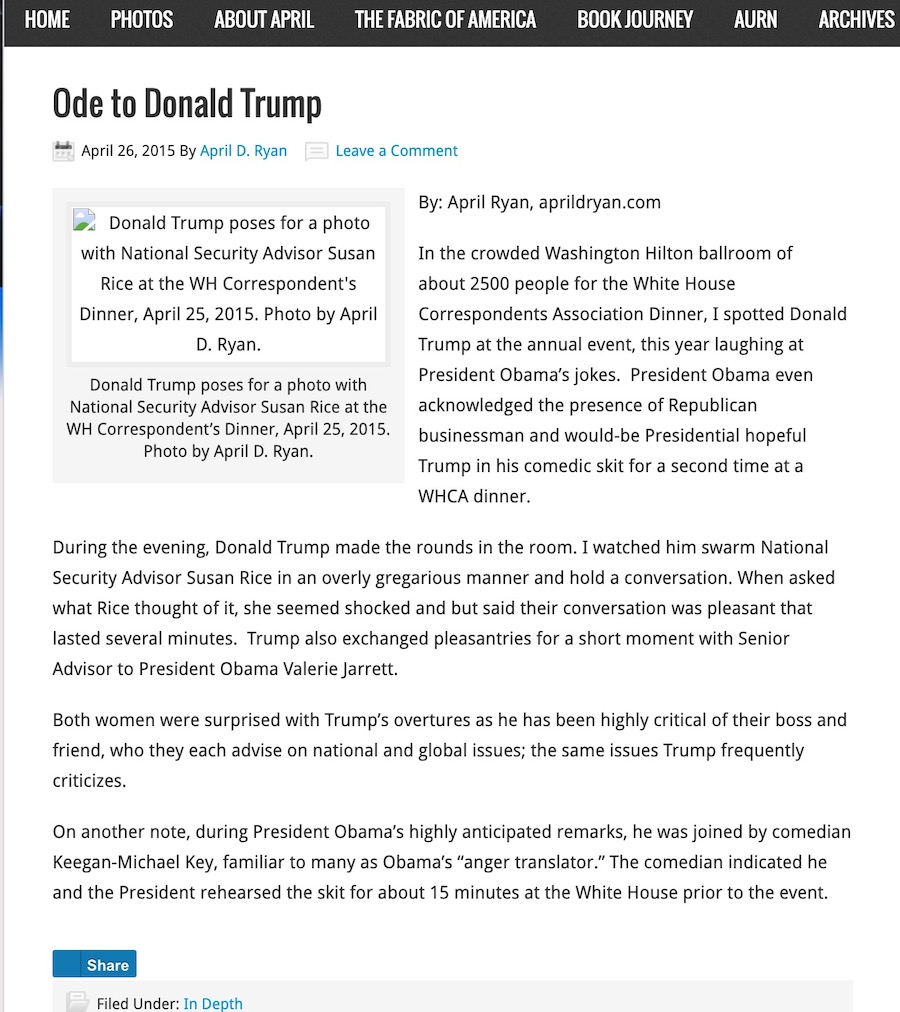 She clearly disliked him, even back then. BUT, in all of these accounts, Rice said he was pleasant. I guess she discovered that it was a “gross” encounter later…