Nancy Pelosi used the language of the censure of Liz Cheney and Adam Schiff to smear Republicans, referring to the RNC as a cult.

NEW – Pelosi to Republicans: "Take back your party from this cult."pic.twitter.com/cQ5Ex5fSo3

The line about “legitimate political discourse” wasn’t referring to the rioters on January 6th, as Pelosi would have you believe.

Here’s the portion from the RNC censure document (last paragraph): 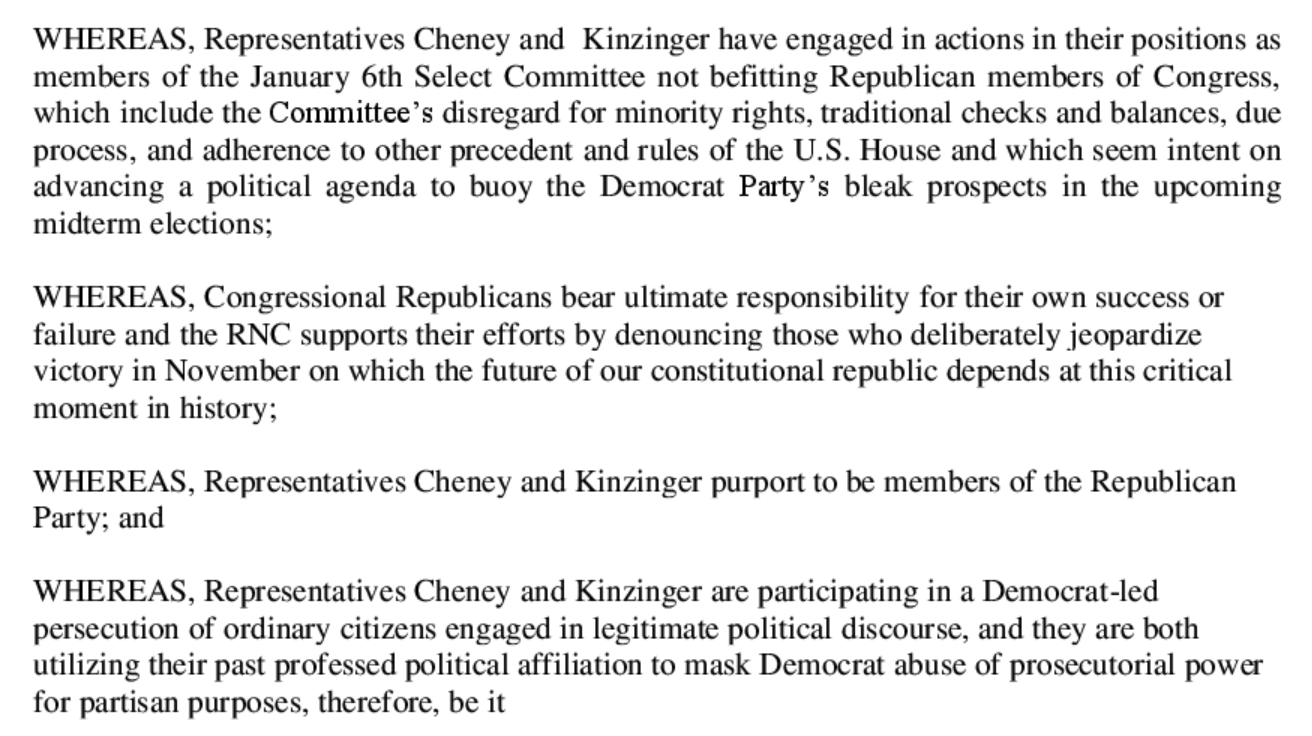 It’s referring to the ordinary citizens being targeted by Pelosi’s hack committee, not the rioters who were arrested by the feds. People like Rudy Giuliani, Kash Patel, Steve Bannon, Mark Meadows, Dan Scavino, Amy Kremer, Eric Trump, and the list goes on. None of these people had anything to do with January 6th. They are all people who were either involved with Trump or the rally before the riot, not the riot itself.

There is nothing wrong with the RNC’s language here. Pelosi is just using it to dump on Republicans because she’s evil.