On Friday, the general manager of the Houston Rockets put out this tweet in support of the Hong Kong protesters: 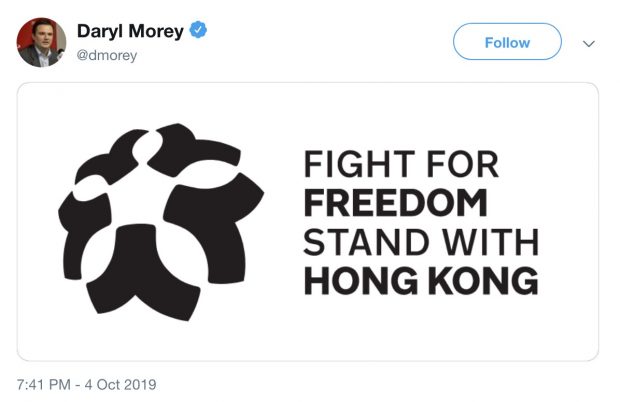 Listen….@dmorey does NOT speak for the @HoustonRockets. Our presence in Tokyo is all about the promotion of the @NBA internationally and we are NOT a political organization. @espn https://t.co/yNyQFtwTTi

The NBA then issued a statement on it, apologizing to the Chinese for Morey’s tweet:

NEW: the NBA has released a statement on Daryl Morey: pic.twitter.com/FOI79W31b1

Ted Cruz then ripped the NBA for their “shameless retreating” in pursuit of “big $$”:

As a lifelong @HoustonRockets fan, I was proud to see @dmorey call out the Chinese Communist Party’s repressive treatment of protestors in Hong Kong.

Now, in pursuit of big $$, the @nba is shamefully retreating. https://t.co/7waMde5KrM

We’re better than this; human rights shouldn’t be for sale & the NBA shouldn’t be assisting Chinese communist censorship.

All Daryl Morey did was to publish an image supporting the Hong Kong protesters. And yet all hell broke loose over this? It just shows you that Cruz is right, that the NBA is more interested in big money than they are supporting freedom and democracy.