Cruz wrote that up until the day that Elon Musk’s offer was accepted by Twitter, he was only receiving 1-2k new followers per day.

But on the very next day, Cruz says his follower counts surged to between 25-70k per day:

Below is the chart Cruz included in his tweet, showing the huge number of followers he began receiving: 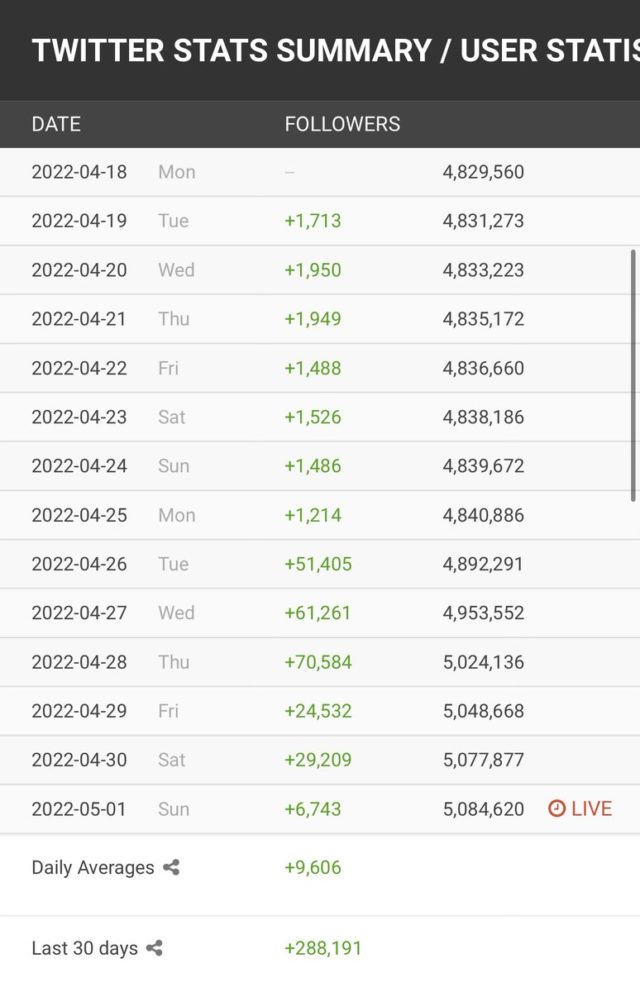 If you recall, it was reported that all product updates and such were locked down as a condition of Musk’s purchase:

BREAKING: Twitter locked down all product updates after accepting a $44 billion offer from Elon Musk, making it harder for employees to make unauthorized changes to the platform, Bloomberg reports

I can’t say for sure that this is the reason why the follower counts of conservatives have been surging, but it would seem this might have something to do with it.

People returning to Twitter because the platform is under new and better ownership might also have played a part in it.

I will note that Trump and MTG’s personal accounts are still suspended, so not everything has been unraveled yet. I would hope this could be undone soon, but I realize things like this don’t always move quickly just because the owner is different.