Colin Kaepernick has just revealed which police shooting led him to begin kneeling during the national anthem:

NBC NEWS – In an interview with online magazine Paper, Kaepernick said his protests were a response to a deadly December 2015 confrontation between San Francisco police officers and Mario Woods, 26, in the city’s Bayview neighborhood.

Woods, a suspect in a stabbing attack, died after being shot 20 times after he allegedly refused police orders to drop his knife. Woods’ family sued the city in a lawsuit that was settled for $400,000.

You might be thinking that since the family settled, the police probably screwed this one up. Since NBC News doesn’t tell us much more about it, I decided to take a look for myself and see if my assumption was true.

I quickly found a report from June of this year that begins by saying the “San Francisco Police Department’s Internal Affairs unit found five officers acted within policy when they shot and killed Mario Woods in the city’s Bayview in 2015.”

The Internal Affairs department released a long report which includes an incident brief near the beginning. Here’s how they describe what occurred: 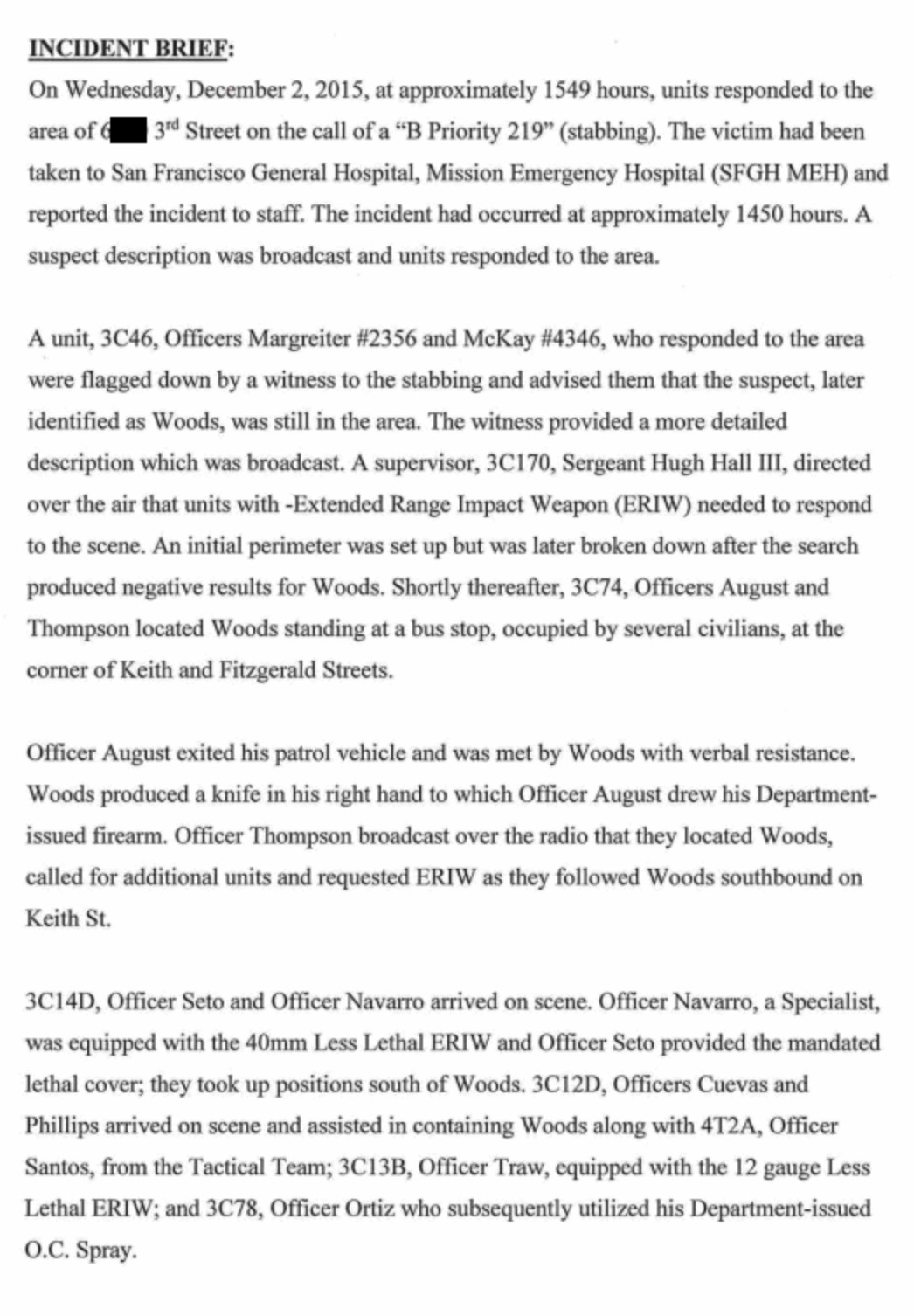 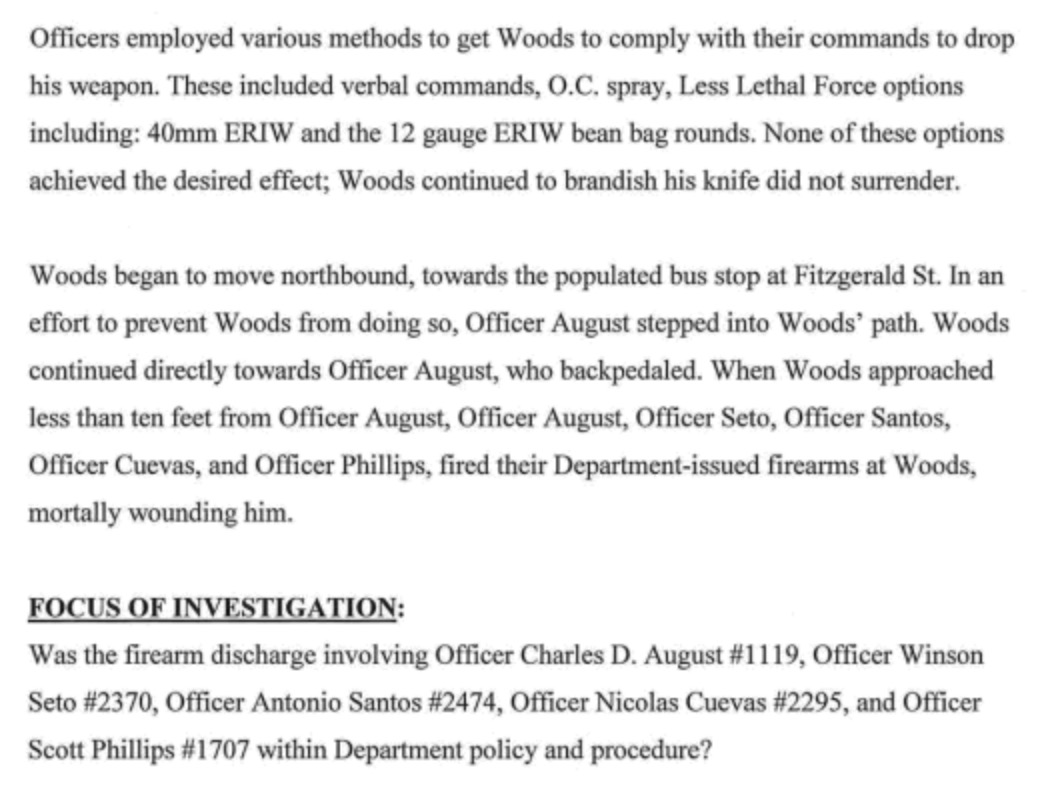 In short, Woods had just stabbed someone who was rushed to the hospital. When police finally found him, Woods pulled a knife on the officer who confronted him and then proceeded to try and get away. Other officers showed up and surrounded Woods, ordering him to drop his knife. They used pepper spray on him and bean bag rounds to get him to comply. The report says “None of these options achieved the desired effect; Woods continued to brandish his knife [and] did not surrender.”

Woods then began to move toward a populated bus stop, but an officer stepped in his way to prevent him from doing so. Woods was now moving toward the officer, who began walking backwards. It was only when Woods got within ten feet of the officer that he and the other officers fired their weapons, killing Woods.

The way I read this, these brave officers didn’t do anything wrong. They tried non-lethal means to get Woods to comply and yet he still refused to drop the knife and surrender. It was only when Woods got close enough to a police officer to threaten his life that they shot him.

And yet this is what Kaepernick heralds as the shooting that caused him to want to begin kneeling? Good grief. I’ve said this was a phony movement and I was right. Completely and utterly phony.