It’s hard for any one person to outshine the Associated Press when it comes to insane leftist anti-Semitic whitewashing of terror, crime, murder, and more. But one man did.

It’s hard because the AP went SO far with their idiocy. They did everything they could to explain that the Muslim man advocating for the release of a convicted terrorist had NOTHING against Jews. They tweeted that he wasn’t upset at the Jewish community he was holding hostage and threatening. They dodged in the text of their articles, they waffled and glossed over.

They even went so far as to write a separate article questioning whether the vicious, murderous, CONVICTED “Lady al Qaeda” was even all that bad. And they left out something REAL important from her puff piece:

Like how do you write up the backstory of a woman whose imprisonment inspired a man to take hostages in a synagogue and not include these parts. Fucking disgraceful. @AP should be ashamed. pic.twitter.com/0nWz6qf30S 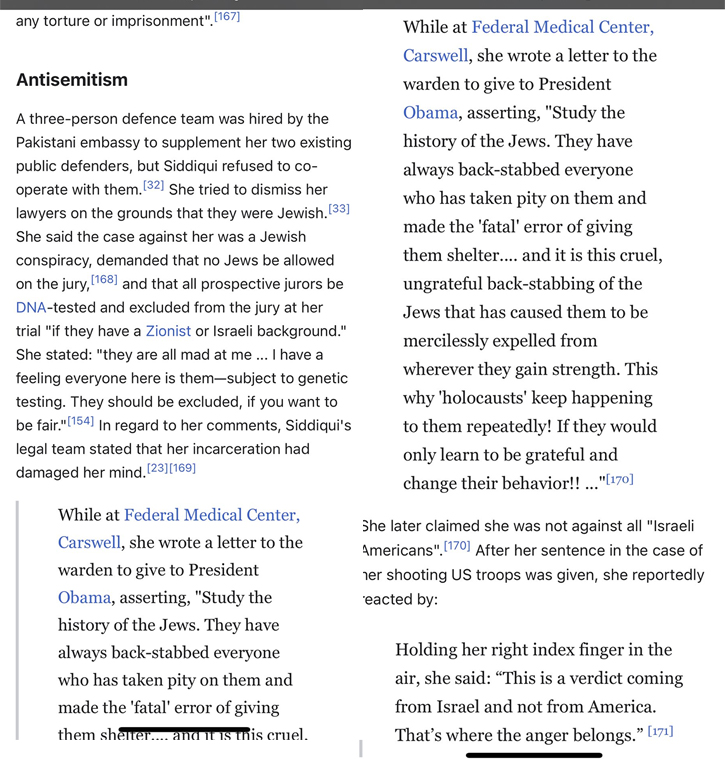 FYI the terrorist is trying to free a horrible Anti Semite.

Siddiqui tried to fire her lawyers because of their Jewish background.

Siddiqui later demanded that jurors in her trial be DNA tested to prove they weren’t Jewish.

SO yeah, pretty hard to beat that. But one man was able to. One man worse, more disingenuous, and more blatantly anti-Semitic himself.

That “journalist” was Wajahat Ali, who writes for the Daily Beast and appears on CNN and MSNBC all the time. Of course.

The instant it became understood that they wouldn’t be able to hide the dead hostage-taker’s affiliations, Ali swooped in to preemptively declare the REAL victims of a hostage situation in a Jewish synagogue during Shabbat services:

You're about to hear some ugly & vicious Islamophobia & anti-Muslim bigotry this weekend from elected officials, commentators and even mainstream media. Hope I'm wrong. People will use it to divide Jewish and Muslim communities for their political agenda. Don't fall for it.

But it gets worse. First off, he immediately said people who objected are themselves anti-Muslim bigots. Ironic.

He also went for the retweets. He was super into Jen Psaki’s awful pstatement.

And of course he loved the AP’s take.

And then this crap. 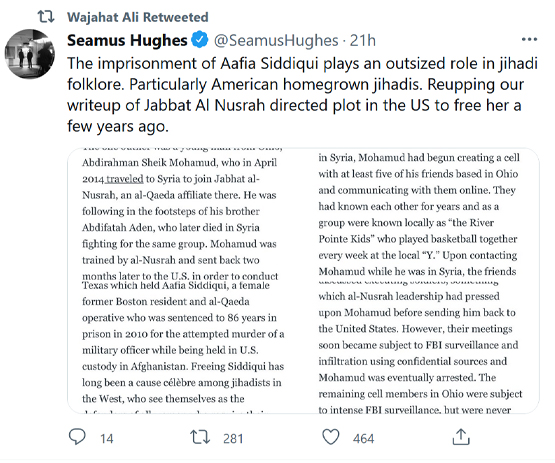 But people checking back in time found something even MORE interesting. 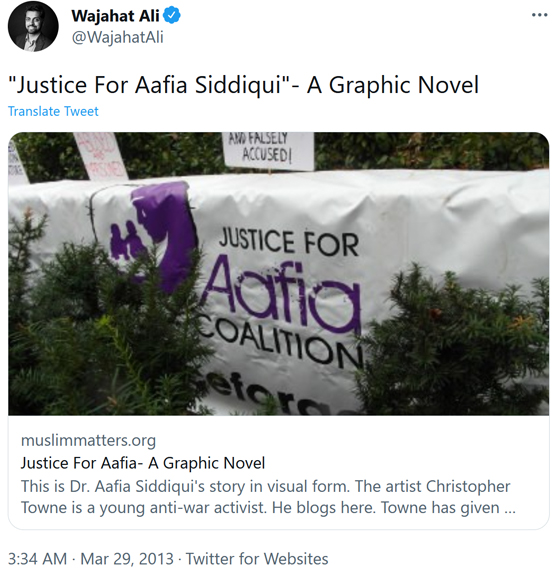 Yeah that’s right. Like the terrorist hostage-taker who held a Rabbi at gunpoint during religious services at a SYNAGOGUE who Wajahat was defending as not anti-Semitic (which the AP he was praising was also doing), Wajahat too wanted Aafia Siddiqui released.

Oh well this is interesting

Wait… justice for who? pic.twitter.com/cGqPZDwKxa

He writes for the Daily Beast. He’s a card carrying blue check member of the MSM with lots of TV time. He’s constantly defending anti-Semitic comments from Rashida Tlaib and Ilhan Omar. And now he’s defending the terrorist who took Jewish hostages to demand another terrorist get released.

Do I even have to say more?

You would never demonize people based on race or religion. pic.twitter.com/LFh0wvwEVd

NOW do I have to say more??

I don’t, but if you want to, please do because…

… THIS IS AN OPEN THREAD.