The FBI took Donald Trump’s passports, including an expired one, when they raided Mar-a-Lago in their fishing expedition on bogus suspicion of inflated charges and preposterous rumors.

All the facts are gooing to come out because FBI whisteblowers are coming out of the woodwork to the GOP. And because President Trump is keeping the people informed on Truth Social, bypassing the MSM’s scumbag gatekeepers.

“Wow! In the raid by the FBI of Mar-a-Lago, they stole my three Passports (one expired), along with everything else,” said Trump on Monday in a TRUTH post. “This is an assault on a political opponent at a level never seen before in our Country. Third World!” 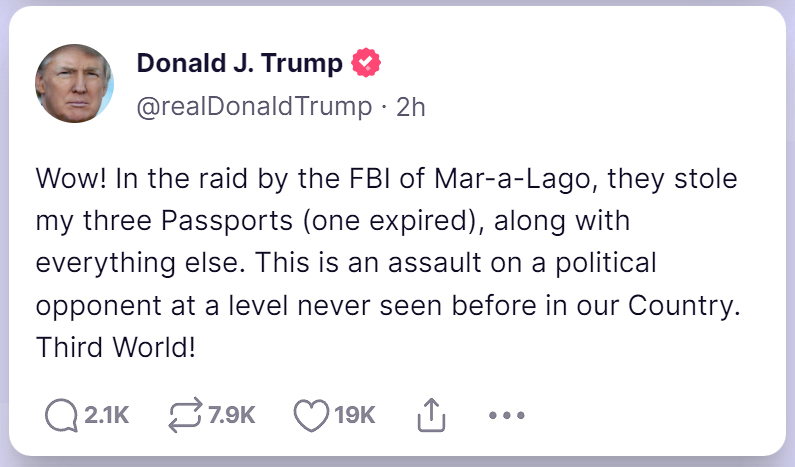 It is third world. It’s almost fourth world in this country anymore. Fascism always sneaks in pretending to be a liberator. The Obama shadow government is making its move.