“This is bizarre,” said Ted Cruz a few minutes ago, tweeting about how President* Joe Biden issued a (standard) proclamation ordering flags to half-staff for Peace Officers Memorial Day on Monday and then, a few days later, issued a second proclamation unproclamating the first proclamation.

And it is bizarre. But not in the sense of “who can say WHY he would do that?”, just bizarre in the more basic sense of “what the hell is wrong with you people?” kind of way.

Rep. Brian Mast shared the two proclamations in tweet, with the relevant portions highlighted. “Earlier this week Joe Biden announced that flags would be flown at Half Staff tomorrow to honor the men & women in blue who died in the line of duty. Today he “Friday news dumped” that he’d changed his mind: in his opinion, they aren’t worthy of lowering the flags. Unacceptable!” he wrote. 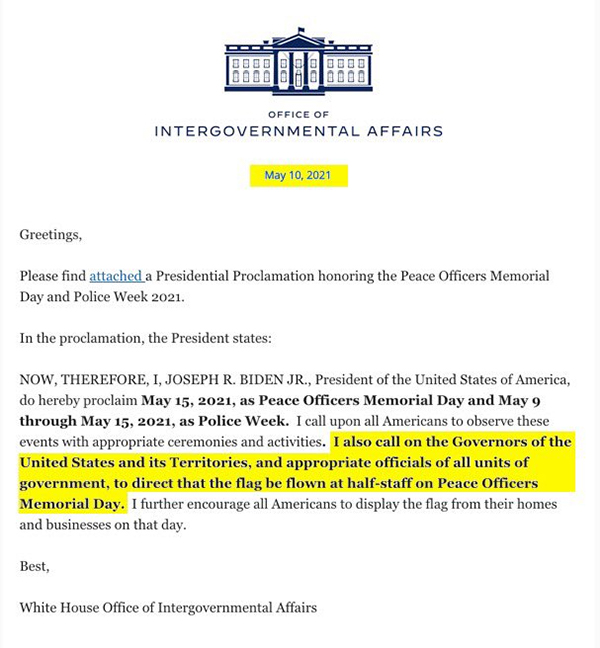 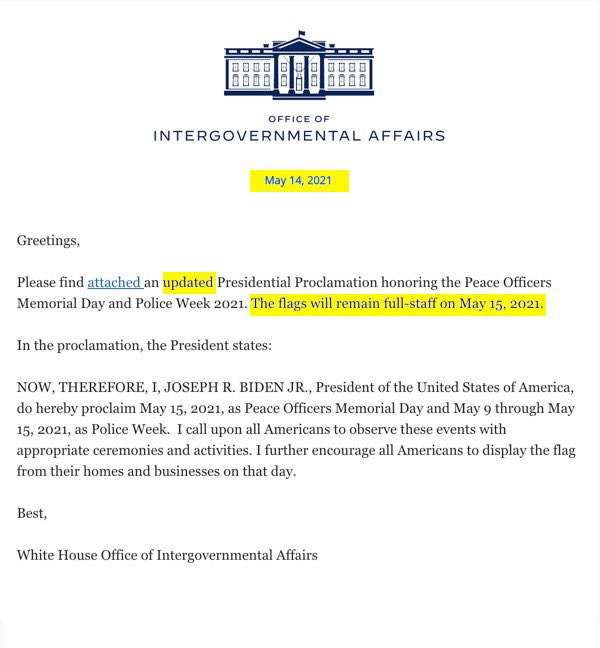 But we all know why. It’s the Woke House. This is what they do.