This is an actual tweet from the Toronto Police in Canada saying there is a ‘missing woman’ and she looks like this:

You might think ‘missing woman’ is a typo, but it’s really not.

Below is a screenshot of their writeup on the ‘missing woman’: 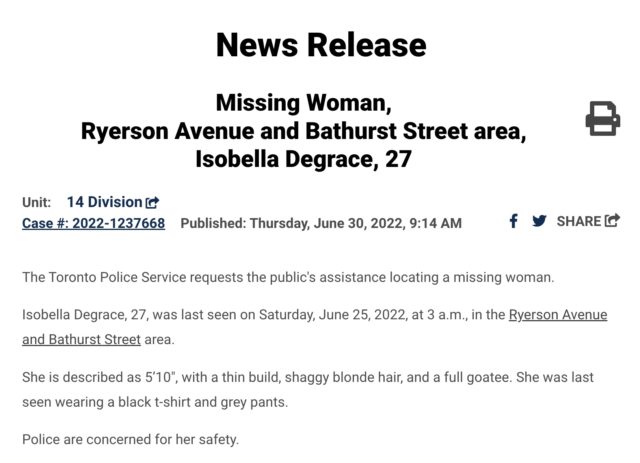 “She is described as 5’10”, with a thin build, shaggy blonde hair, and a full goatee“

Dude looks NOTHING like a ‘woman’ and yet because he claims to be a woman, all of Toronto falls in line with it.’

Unreal. And I’m sure he can use whatever bathroom he likes.

Coming to a city near you!