“Can anybody believe that the Cleveland Indians, a storied and cherished baseball franchise since taking the name in 1915, are changing their name to the Guardians?, asked President Trump in his latest statement, issued Friday night.

The news of the wokes getting the franchise to change its name to the Guardians broke earlier today, and other folks weighed in, including Texas Senator Ted Cruz.

But Trump’s statement says it best, most, and most definitively. 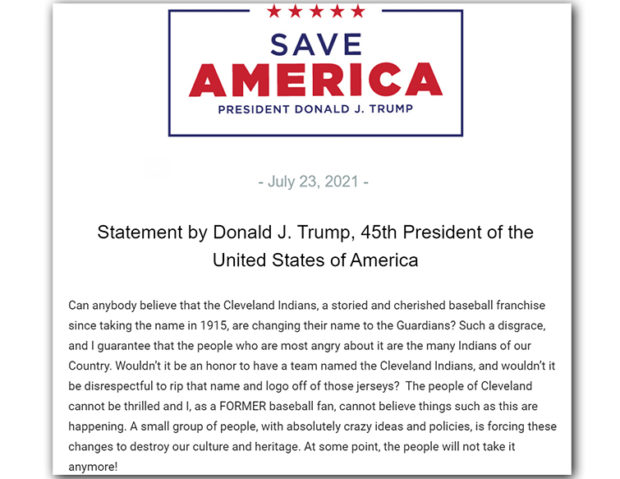 “I guarantee that the people who are most angry about it are the many Indians of our Country. Wouldn’t it be an honor to have a team named the Cleveland Indians, and wouldn’t it be disrespectful to rip that name and logo off of those jerseys?”

So is this: “A small group of people, with absolutely crazy ideas and policies, is forcing these changes to destroy our culture and heritage. At some point, the people will not take it anymore!”

That point needs to be this point. Now. Today. Before they do something that isn’t just a team name.

Consider this an OPEN THREAD. And consider following Scoop and Fred around the web!