In short, Pence said “President Trump is wrong. I had no right to overturn the election.”

Here’s the statement from Trump: 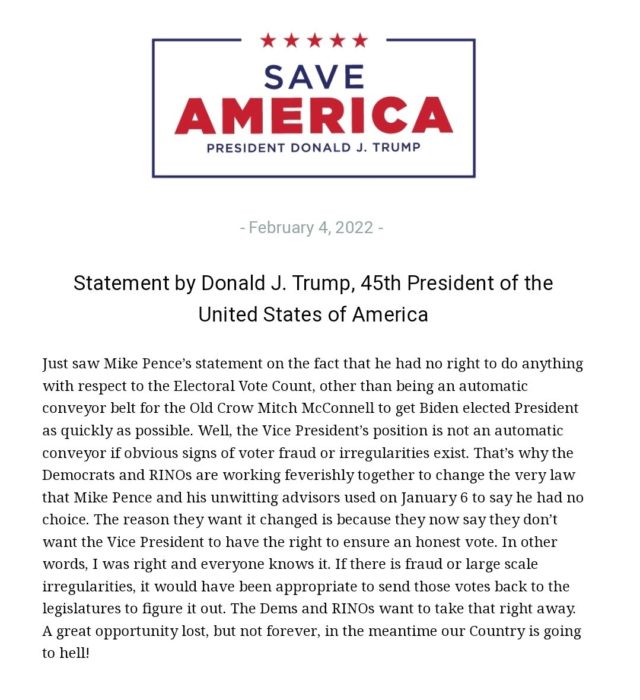 I have to admit one thing after reading this. Pardon me for saying so, but I’m honestly surprised Trump didn’t insult Pence like I thought he might. He did insult McConnell, which made me laugh. But he never hit Pence in the kneecaps. He simply defended his premise that Pence didn’t have to become an automatic ‘conveyor belt’ because obvious signs of voter fraud existed. And he argued that sending electoral votes back to the state legislatures would have been a reasonable outcome.

I’m kinda impressed with his statement. It shows real professionalism with respect to Pence, who we all know took a rough beating over this at the time.