The White House is releasing a new budget proposal today that balances the budget in 15 years and includes reforms to Medicare and Welfare programs:

According to Fox Business, the budget will reduce the deficit by nearly 5 trillion, reform big entitlement programs and increase defense spending: 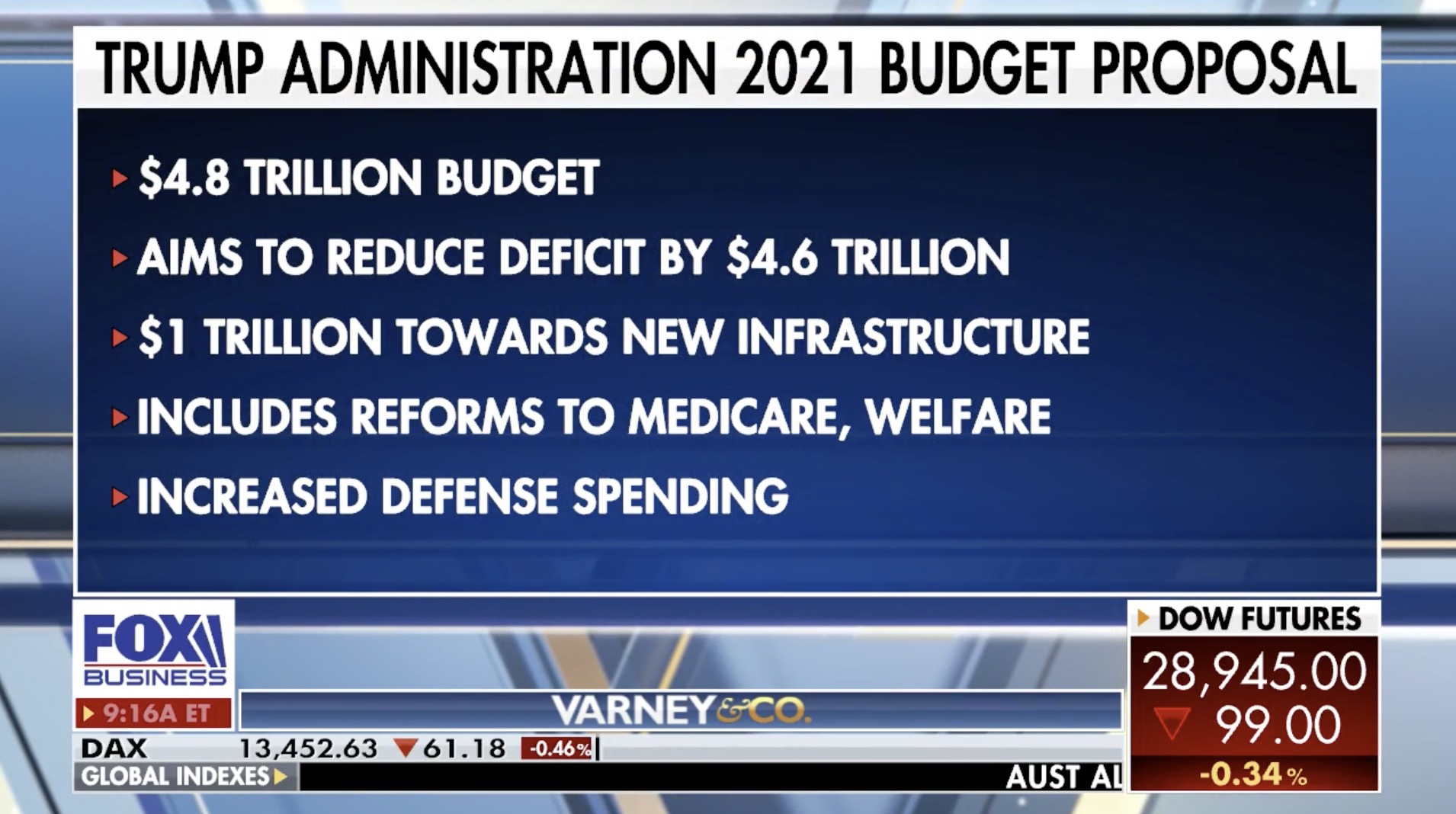 The DC Examiner writes this about it:

The White House expects to bring down the federal deficit and balance the budget in 15 years by cutting mandatory and discretionary spending and slowing the growth rates of Medicare and Social Security. Mandatory spending, which makes up approximately 60% of federal spending and can’t be changed unless major legislation passes, is primarily made up of spending on entitlement programs such as Social Security, Medicare, and Medicaid. Administration attempts to overhaul those programs are sure to meet fierce resistance from congressional Democrats, who will argue that Trump is trying to gut safety net programs for the poor.

On the other hand, discretionary spending stems from annual appropriation acts that are under the control of the House and Senate Appropriations Committees in Congress and therefore fluctuates from year to year. Discretionary spending includes funding for the Pentagon, law enforcement, federal staffing, transportation, job training, and much else of what the federal government does.

Monica Crowley spoke about it this morning on Fox Business, as well as the next round of tax cuts Trump is proposing:

As Varney points out, Pelosi has already rejected the budget so it’s doubtful Congress will even consider it. It’s more likely to be a statement of what Trump wants if he and Republicans get re-elected.