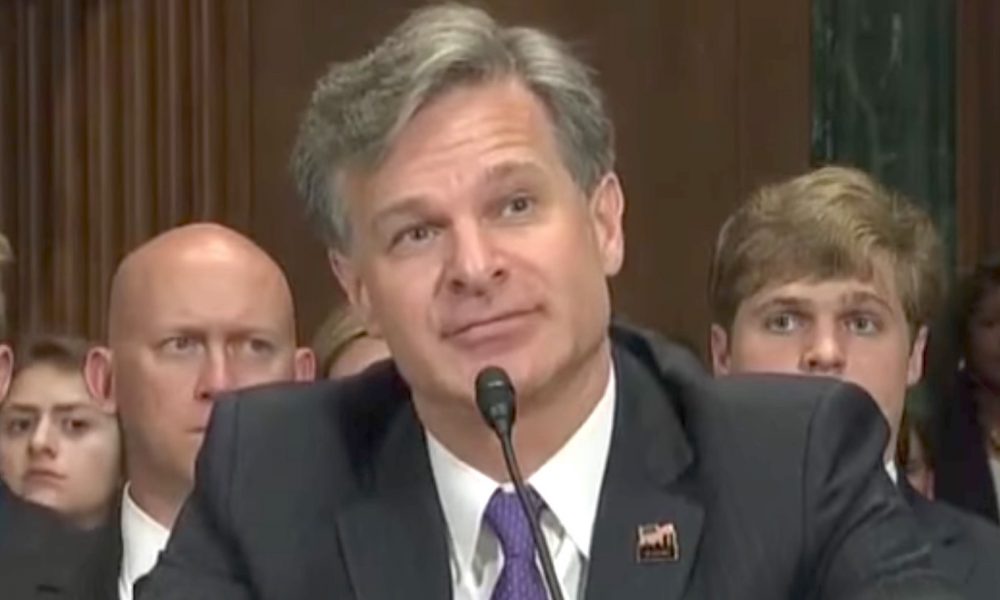 There was an interesting exchange between Trump’s FBI Director nominee Wray this morning as he was being questioned by Lindsey Graham.

GRAHAM: In light of the Don Jr. email and other allegations, that this whole thing about the Trump campaign in Russia is a witch hunt. Is that a fair description of what we’re all dealing with in America?

WRAY: Well, Senator, I can’t speak to the basis for those comments, I can tell you that my experience with Director Mueller…

GRAHAM: I’m asking you as the future FBI Director, do you consider this endeavor a ‘witch hunt’?”

WRAY: I do not consider Director Mueller to be on a witch hunt.

GRAHAM: Can the president fire Director Mueller? Does he have the authority and the law to fire him?”

WRAY: I don’t know the law on that.

I didn’t watch the whole thing but I really wish Senators would just have gone through a list of all the stupid things Trump had said about the FBI. This is just one of them, but at least it put him on record so that we know he’s not a slavish sycophant who will do whatever Trump wants instead of doing his job – although some really think his job is just to be Trump’s personal investigator.