Late last night President Trump revealed on Truth Social that Obama took some 30 million documents from his White House and he never got raided for it. 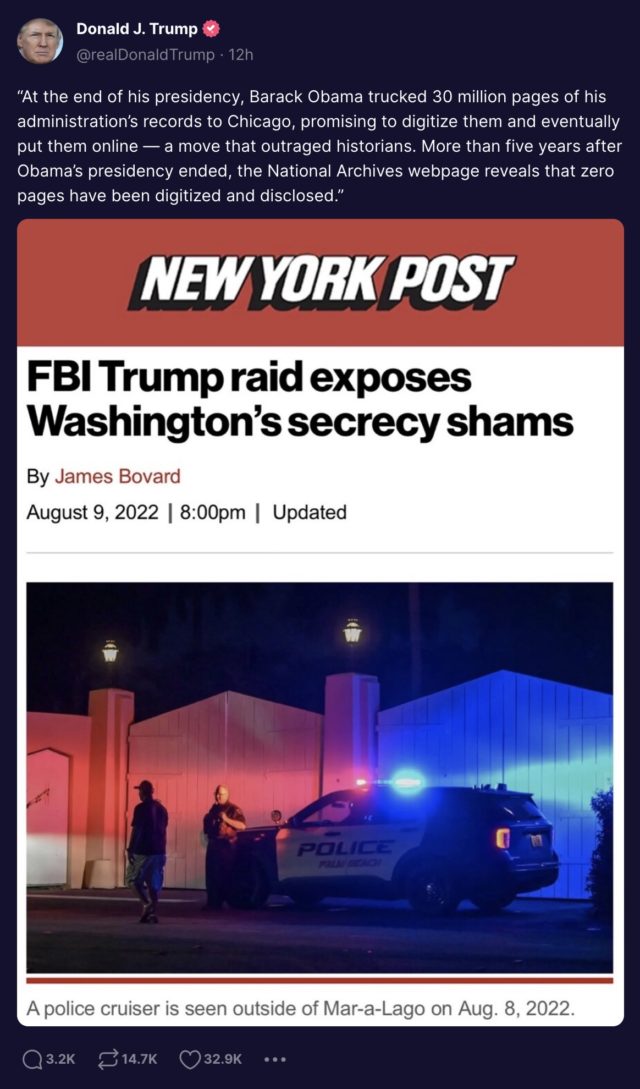 I found the original article and this is what Bovard wrote:

Obama White House lawyers repeatedly invoked the Presidential Records Act to “delay the release of thousands of pages of records from President Bill Clinton’s White House,” Politico reported. At the end of his presidency, Barack Obama trucked 30 million pages of his administration’s records to Chicago, promising to digitize them and eventually put them online — a move that outraged historians.

More than five years after Obama’s presidency ended, the National Archives webpage reveals that zero pages have been digitized and disclosed. People can file requests via the Freedom of Information Act (a law Obama helped wreck) to access Obama records, but responses from presidential libraries can be delayed for years, even more than a decade, if the information is classified.

This just leads me to believe that this raid, while under the pre-text of retrieving documents for the national archives, wasn’t really about that at all. I’ve said this smells like January 6th and I’m not the only one:

And then suddenly, a few weeks later, Trump’s home gets raided by the FBI? It’s not a coincidence. This is about a January 6th fishing expedition and about stopping Trump from running in 2024.