It turns out that Nancy’s husband wasn’t just drunk the night he got arrested after crashing his 2021 Porsche into a Jeep.

According to a court document, Pelosi had a drug in his system along with the alcohol: 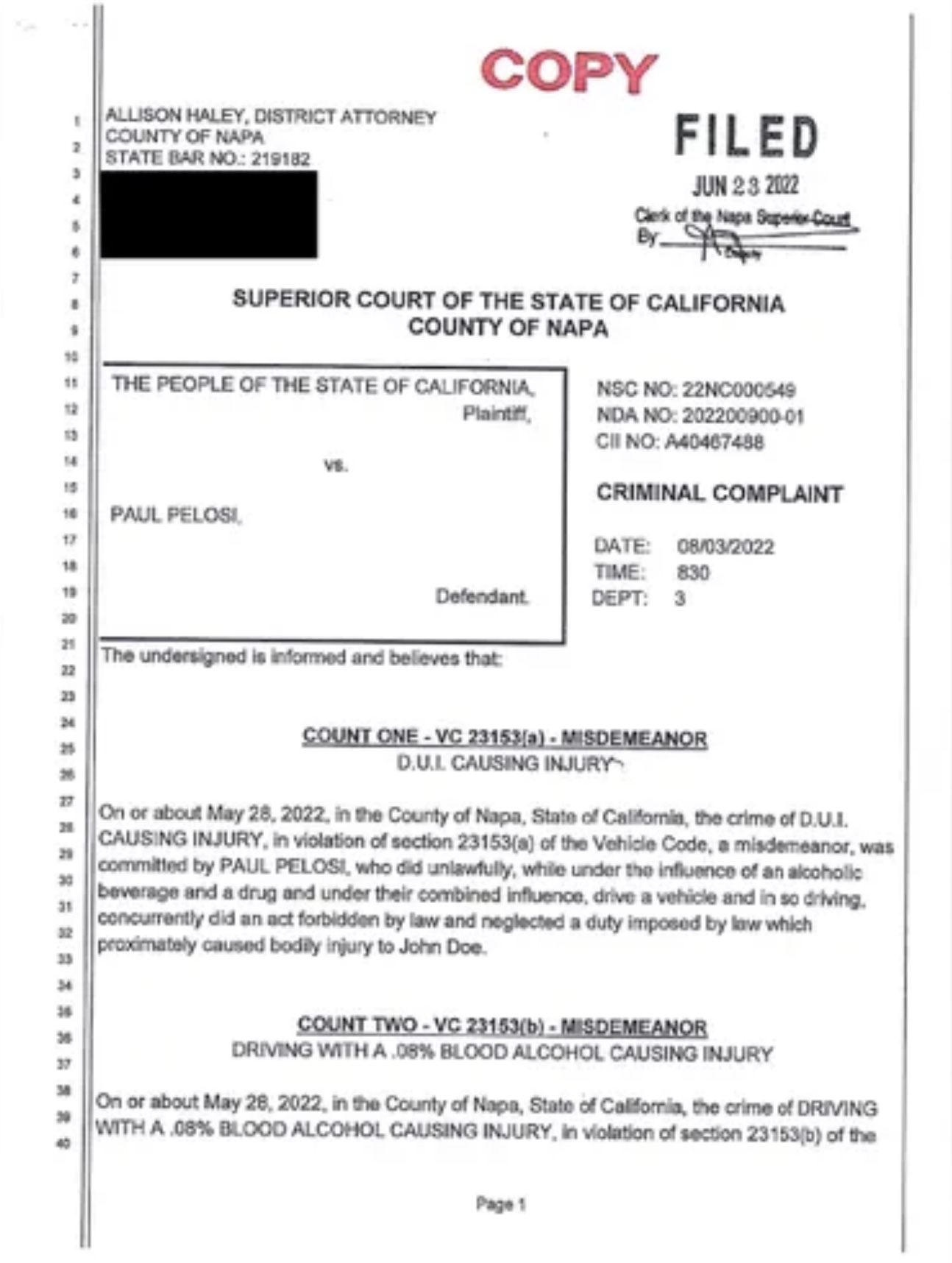 Paul Pelosi, the multimillionaire husband of House Speaker Nancy Pelosi, allegedly had a drug in his system, addressed officers with slurred speech, and tried to hand them a police courtesy card during his May arrest on DUI charges, according to court documents.

Pelosi’s 2021 Porsche and the other driver’s 2014 Jeep sustained “major collision damage” in a crash around 10:17 p.m. on May 28, and responding officers found Pelosi in his driver’s seat in his damaged car near the intersection of California Route 29 and Oakville Cross Road.

Pelosi allegedly handed officers his driver’s license and an “11-99 Foundation” card when they asked for his ID, according to the documents. The 11-99 Foundation is a California Highway Patrol charity that supports officers and provides scholarships for their children.

Pelosi allegedly exhibited “signs of impairment” during field sobriety tests and officers “observed objective signs and symptoms of alcohol intoxication,” according to the documents.

“He was unsteady on his feet, his speech was slurred, and he had a strong odor of an alcohol beverage emanating from his breath,” the complaint alleges.

The other driver, identified only as John Doe, was standing outside an SUV, according to the documents.

Pelosi allegedly injured the other driver “while under the influence of an alcoholic beverage and a drug and under their combined influence,” the first count in the two-charge complaint reads.

Investigators later determined he had a blood-alcohol content of .082%.

Pelosi’s attorney, Amanda Bevins, did not immediately respond to requests for comment from Fox News Digital.

Whatever the case, we know he wasn’t just drunk.

Maybe some brave reporter will dare to ask Pelosi about it. I’m sure she won’t answer it though…