Twitter has blocked the account of another very smart conservative that all of you should know. He’s the guy that everybody calls when there’s a shooting because he’s done the math on guns.

His name is John R Lott and he’s been on many shows, from CNN to the Mark Levin Show multiple times:

NY DAILY NEWS – Twitter has locked my account. I can’t post anything or read messages from other users. The reason? In March, I tweeted that the perpetrator of the New Zealand mosque shooting was “a socialist, environmentalist, who hates capitalists & free trade.” I also wrote that the killer believed his attack would “lead to more gun control” in New Zealand and the United States.

What I tweeted was entirely accurate, and Twitter hasn’t bothered to provide me with an explanation for why they locked my account, but they have made clear that it was this tweet that supposedly violated their terms. 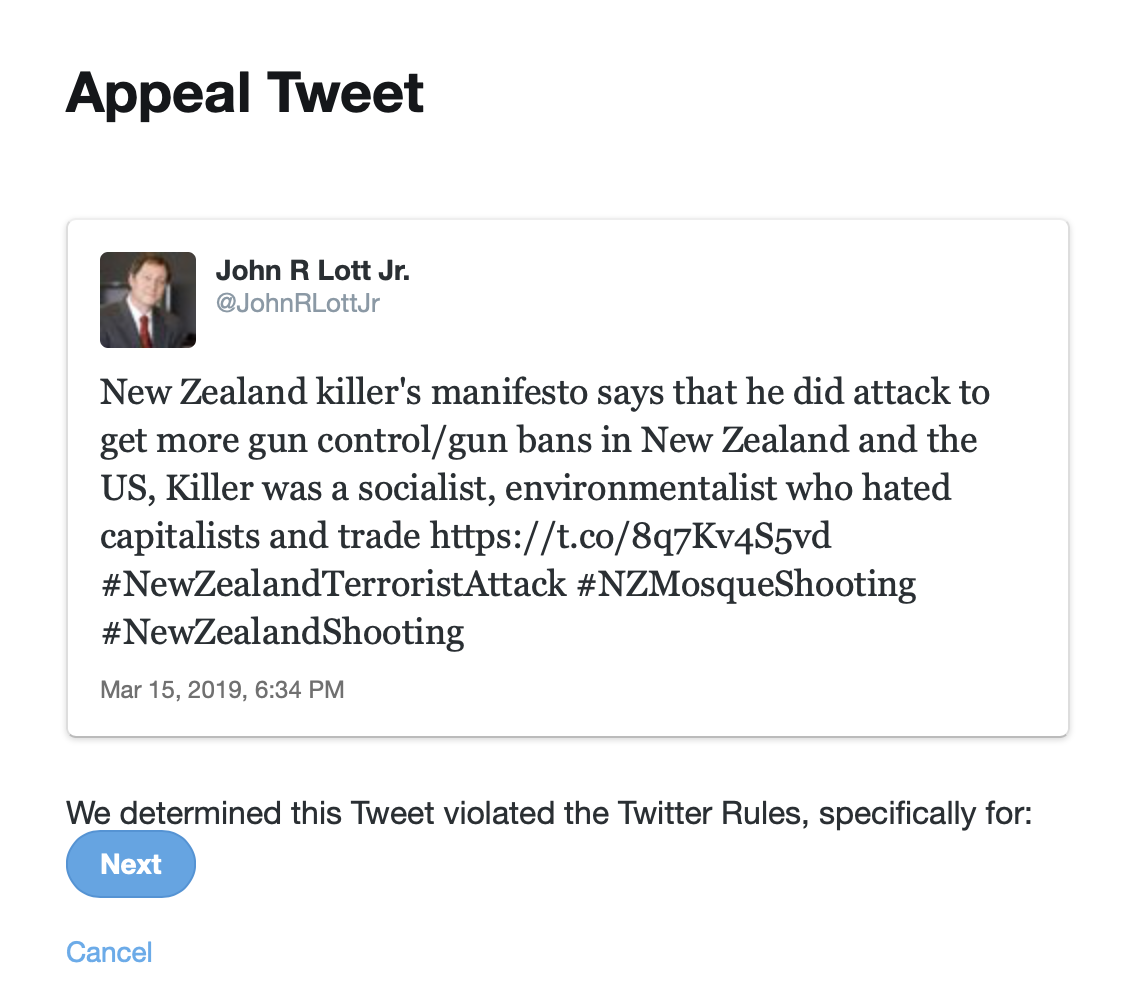 My description of the New Zealand killer’s left-wing views didn’t conform to the mainstream media’s narrative, according to which the killer was a “right-winger” and a Trump supporter.

The Washington Post called the New Zealand mosque shooting, “One of the worst cases of right-wing terrorism in years.” “The person giving a sign of allegiance to President Trump is the killer here,” said CNN’s John Berman.

This is apparently the only narrative that is acceptable to Twitter, which is replete with news media posts calling the killer a “right-winger.” But no account seems to have ever been suspended for calling someone a “right-winger.”

Even if Lott was wrong, why would Twitter ban him for this? He’s stating something right out of the manifesto of the shooter.

And honestly, there is nothing even remotely offensive about that tweet.

It’s pathetic and actually, rather, quit fitting that I find this on the day when Trump has his social media summit at the White House.