Former* President Donald Trump released a statement on Sunday absolutely tearing into the state of affairs in the United States under the Biden regime, listing the FAILURES we’re all dealing with and reacting to the news of Congress looking to put Steve Bannon and maybe more people in JAIL over not cooperating with this banana republic, strong-arm, kangaroo court of a sham January 6 committee.

Trump says in the statement that this has never been done and they want to do it to more people, and that’s exactly right. 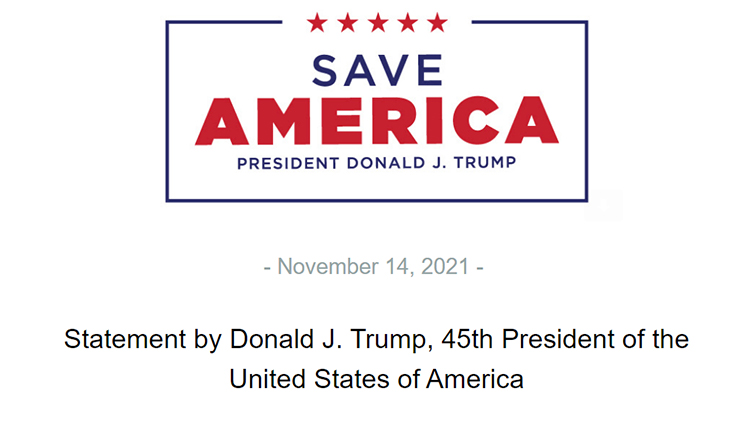 This Country has perhaps never done to anyone what they have done to Steve Bannon and they are looking to do it to others, also. If they would be so tough with China, Russia, and the world, who no longer respects us, maybe our Country would not be failing at a level at which we have never seen before. We never talk about making our Country great, and it is now heading in an unthinkable direction with the Afghanistan withdrawal, open Borders, Inflation, Woke everything, and so much more. The USA is a radicalized mess!

Radicalized mess. I can’t think of a better description than that.