The peaceful Walk Away campaign was banned from Facebook, but Antifa, which sometimes is just made-up nonsense and other times is widely praised and admired in the media, continues to use social media to organize and threaten with impunity despite carrying out assault and murder at will for a year now.

You saw the still image at the top of this post. That spraying of mace or pepper spray or whatever it is? Remember what happens when Trump supporters spray. 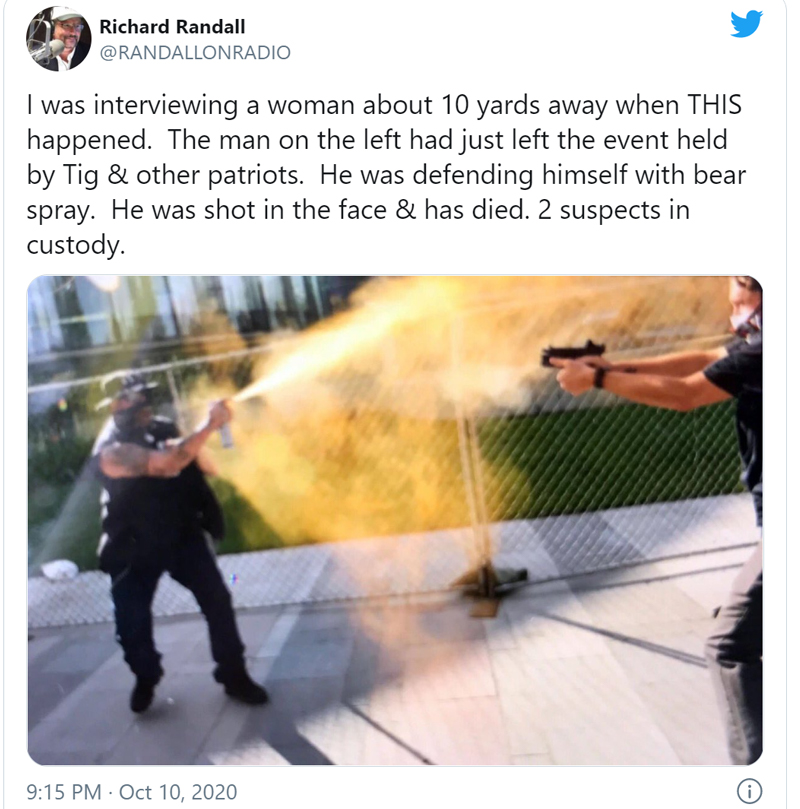 And also remember what DOESN’T happen: The media giving a damn.