Joementia Biden was caught fiddling with pre-made talking point cards today at the G7 today that told him what to say as he bashed Trump and the DOJ under his presidency and explained how his new DOJ would be different – or something:

These cards weren’t just simple notes to help him remember the key points of his arguments, these cards told him exactly what to say.

Here’s a partial photo of the top card: 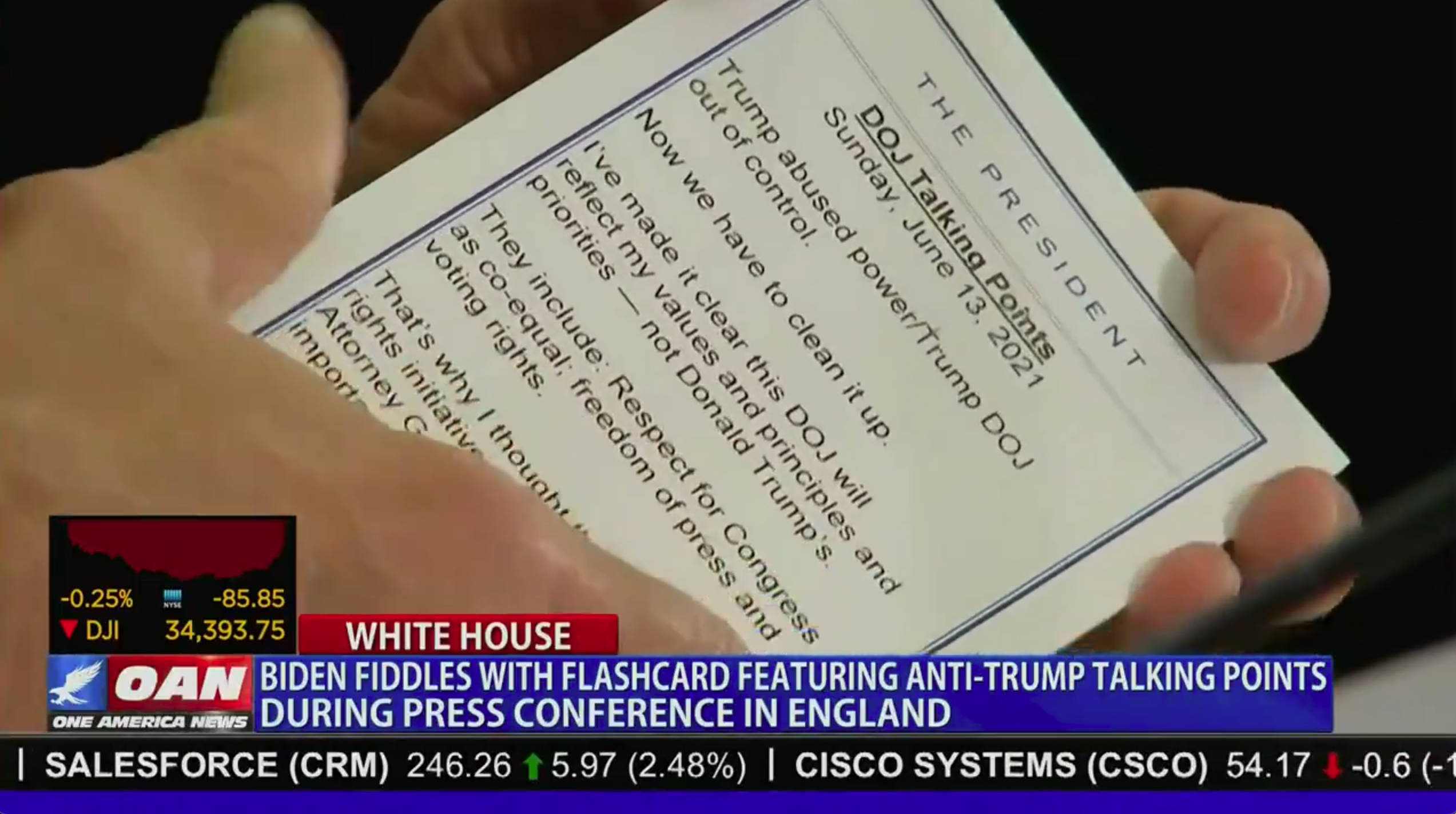 Full sentences with lots of spacing, which is probably why there are so many cards in the stack.

What Biden and his radical left administration are clearly doing is trying to give more oxygen to the phony scandal that the media has invented in the last few days, that Trump’s DOJ investigated certain Democrat congressmen for leaks, and apparently his White House attorney, by getting their data from Apple and putting a gag on Apple that just recently expired.

The media is so hard up for another Trump scandal because their ratings are horrible post-Trump, so they are inventing one and Biden is apparently lending them a hand at the G7.

But to do that, Biden needs these cue cards so that he doesn’t sound like a gibbering old coot, like he has at times in the last few days.