We are exactly two weeks away from election day and believe it or not, vote counting is still going on and not every race has been called yet.

It’s different for every news organization but the best I can tell, Republicans may yet still pick up a few more seats and end up with around 222 seats in the House.

For example, Fox News shows Republicans with 219 seats currently and three seats where Republicans are leading but the race hasn’t been called: 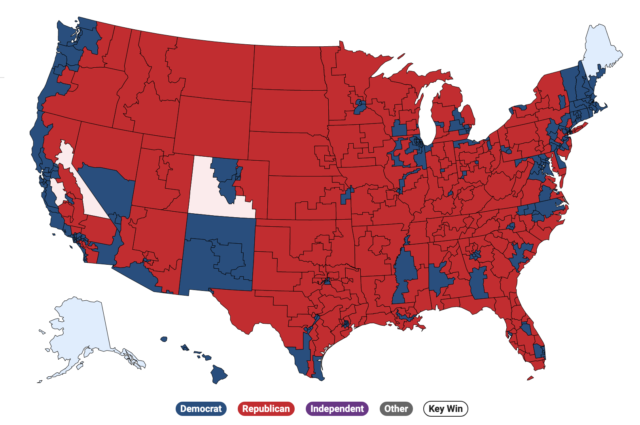 One of those belongs to Lauren Boebert and we know that she’s won because her challenger has already conceded. But there is a recount going on, so I guess Fox News doesn’t want to call it yet.

This varies from organization to organization, as Decision Desk has already given Republicans 220 seats and only has two races left to call in which Republicans are leading: 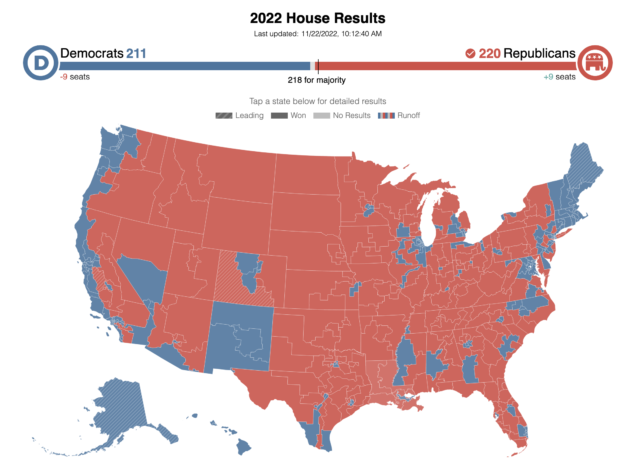 They have already called Kiley’s race and only have Boebert and Duarte’s race uncalled.

NBC News, which I haven’t figured out yet, has Republicans with 221 seats and still 4 races uncalled in which Republicans are winning: 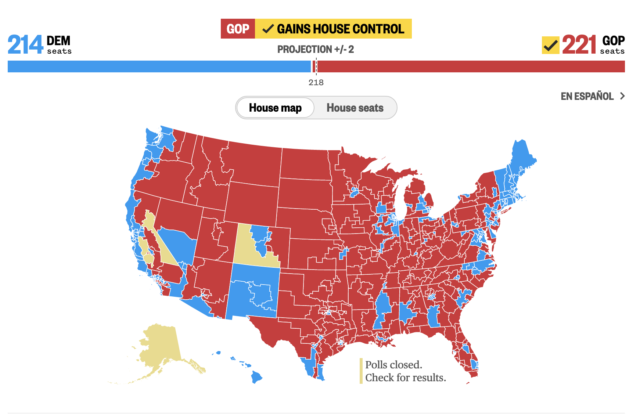 If NBC News is right, and I don’t think they are, Republicans could end up with as many as 225 seats when all the counting is over.

CNN has the same exact California races uncalled and they currently have only 219 seats for Republicans: 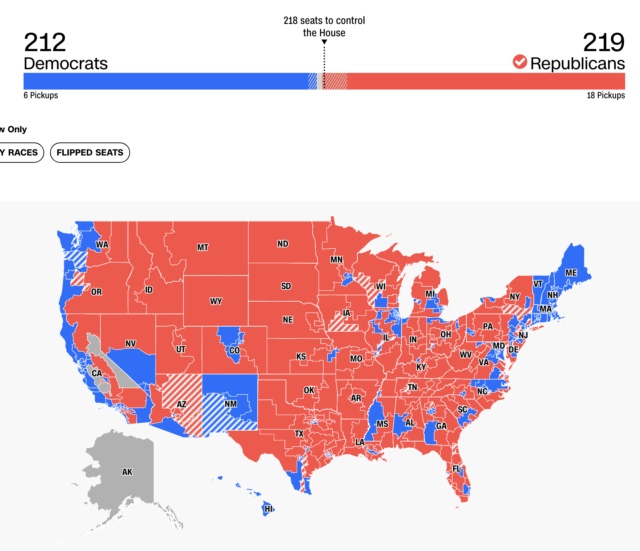 Note that CNN is the only one who has called Boebert’s race in Colorado.

At the end of the day it looks like Republicans will have around an 8 to 9 seat lead over Democrats in the House when all the counting is done.