The tech giant oppressors have removed Parler from the download stores but that doesn’t mean you can’t still get it. There is a way to download and install the Parler app on your phone right now that just bypasses the Play store altogether.

The instructions were shared ON Parler, BY Parler, which is a good example of why you should get it. They don’t let Google tell them what to do.

Here’s how to do it.

The Parler app for Android is available for devices running Android OS 5 or later.

Apps distributed outside the Google Play Store are flagged as coming from “unknown sources.” This doesn’t mean they’re dangerous; they’re simply not monitored or financially tied to Google. So long as you obtain apps through trusted sources, sideloading is a safe alternative to get the apps you love.

Here are the instructions embedded in the Parley.
CLICK BELOW THE IMAGE FOR THE DOWNLOAD PAGE AND PLAY PROTECT INFO. 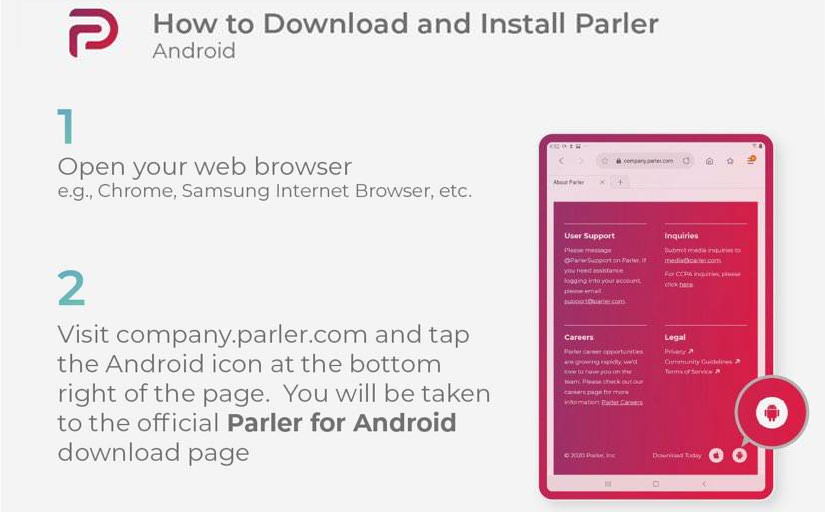 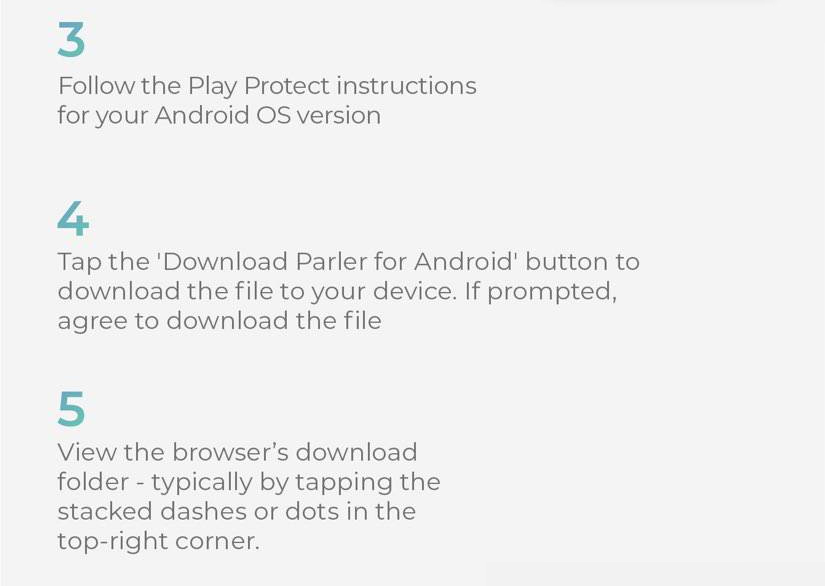 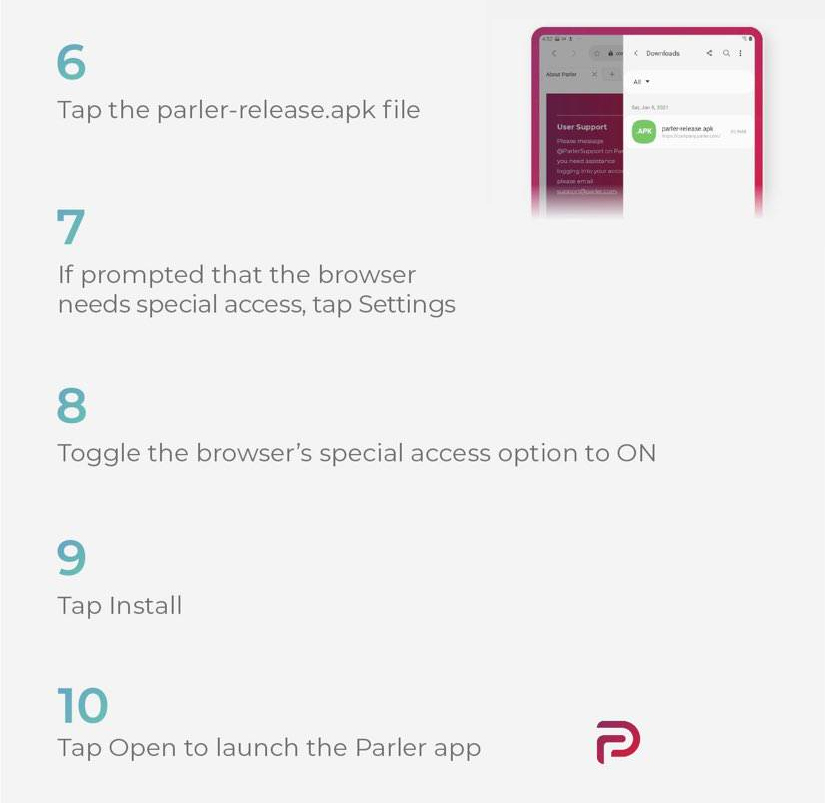 The Parler app for Android is available for sideloading. Parler can only support the one downloaded from this specific page.

Get it while you can and join the real conversations. Freedom of speech is about the FREEDOM of SPEECH. Not the aggrandizement of a special class of elites.

By the way my Parler is: FredT