The Washington Post’s Taylor Lorenz and her garbage media colleagues are once again going after Libs of Tiktok.

Today, Lorenz sent Libs of Tiktok a message on Twitter saying they were going to mention her in a story and accuse her of terrorism.

Why is she obsessed with me? @TaylorLorenz, I don’t want to date you pic.twitter.com/YivZhCxDBS

Here’s the full DM that the very obsessed Lorenz sent Libs of Tiktok: 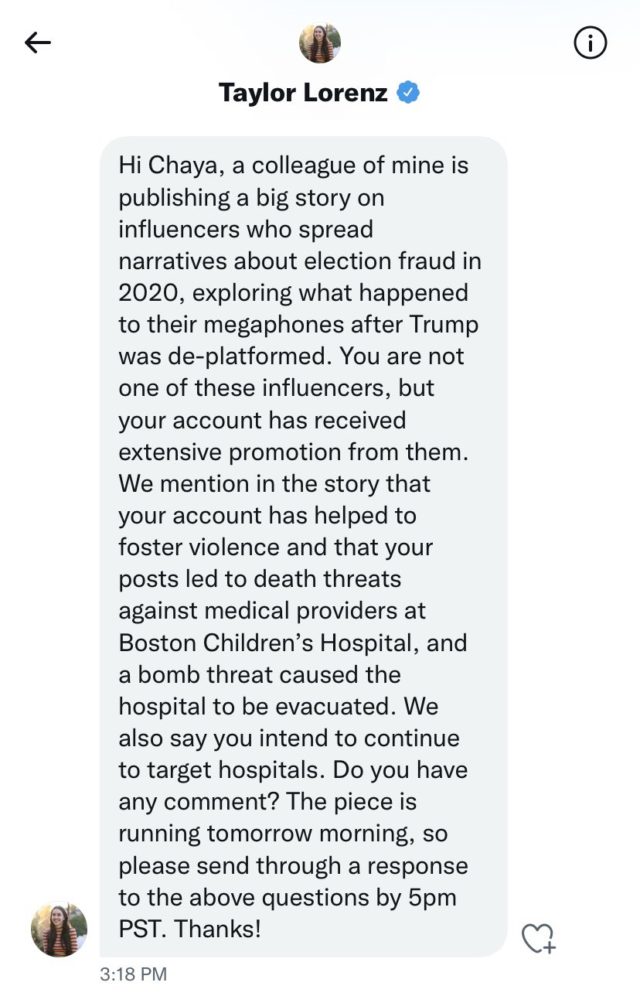 “We mention in the story that your account has hlped to foster violence and that your posts led to death threats against medical providers at Boston Children’s Hopsital, and a bomb threat cause the hospital to be evacuated. We also say that you continue to target hospitals. Do you have any comment?”

What a load of crap. That’s like saying to any journalist that they have fostered violence because of what they exposed in their articles. It’s the height of irresponsibilty to suggest that she is doing anything other than exposing wrongdoing, to put it simply.

Christina Pushaw summed it up this way:

“Hi Chaya, I am writing my 18th article in the Washington Post accusing you of terrorism! Do you have a comment on why you’re a terrorist? ON DEADLINE!” https://t.co/jsPiCm4ntD