The so-called anti-racist movement in this country is growing and just got a boost from the Washington Post, which just posted an explainer video that suggests white people should feel shame for being white and that they should get in better touch with their inner ‘white supremacy’ by becoming part of ‘white accountability groups’:

WAPO’s description of this video: 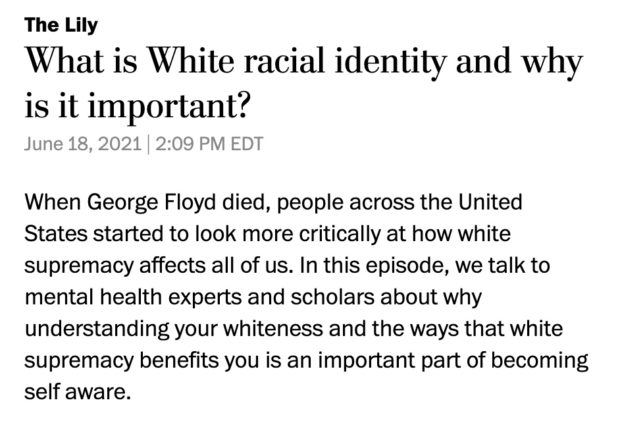 But now they’ve expanded their definitions and are essentially saying that all white people are either white supremacists or benefit from white supremacy in some way, whatever that means. And that, if you’re white, you must look inside yourself and root out that white supremacist living in you with shame for what your ancestors did and accountability groups to make sure it never happens again.

This is what the whole reparation movement and CRT is all about, which is to try and resurrect a past which is dead and gone in order to push this garbage that white people should be held accountable for what their ‘ancestors’ did.

Gone are the days when someone shouldn’t be judged on the basis of their skin color. Oh the brave new anti-racist world in which we live…