Biden admitted to some liberal questioners that the first thing he’d do as president is raise taxes as president:

Now of course he says it in a liberal-friendly way, saying that he’d eliminate Trump’s tax cut. But that just means taxes would go up.

And not just on the rich, like Biden would have you believe. Taxes would go up on nearly everyone: 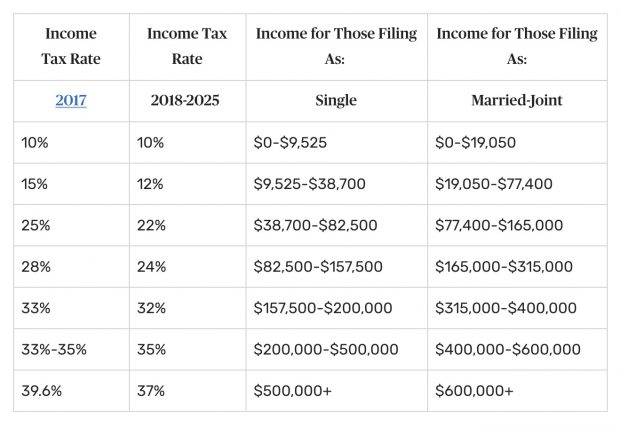 Even if Biden wins, he doesn’t have to lift a finger because these individual rates will reset back to their 2017 status in 2026. The corporate tax rates which were slashed from 35% to 21%, however, are permanent – unless they get repealed. And those are the ones liberals truly hate.