Last night Chicago Police officers attempted to break up illegal racing ring in the city but it didn’t go their way. At least not initially.

After arriving at the scene the thugs involve decided to riot, forcing officers to retreat from the scene.

.@Chicago_Police responding to an incident of illegal street racing & drifting were attacked by a group of rioters. Police retreated from the scene. pic.twitter.com/Jc7zfb3Mcb

It’s hard to tell what part of the city this was in, but it may have been the Chinatown section. I’ve read reports of six police vehicles damaged after police tried to break up a crowd there.

In any event, this is Lori Lightfoot’s city and she’s apparently done nothing to make it better. In a lot of ways it’s worse than even last year. Here’s a Chicago Police report on Crime Statistics through August of this year: 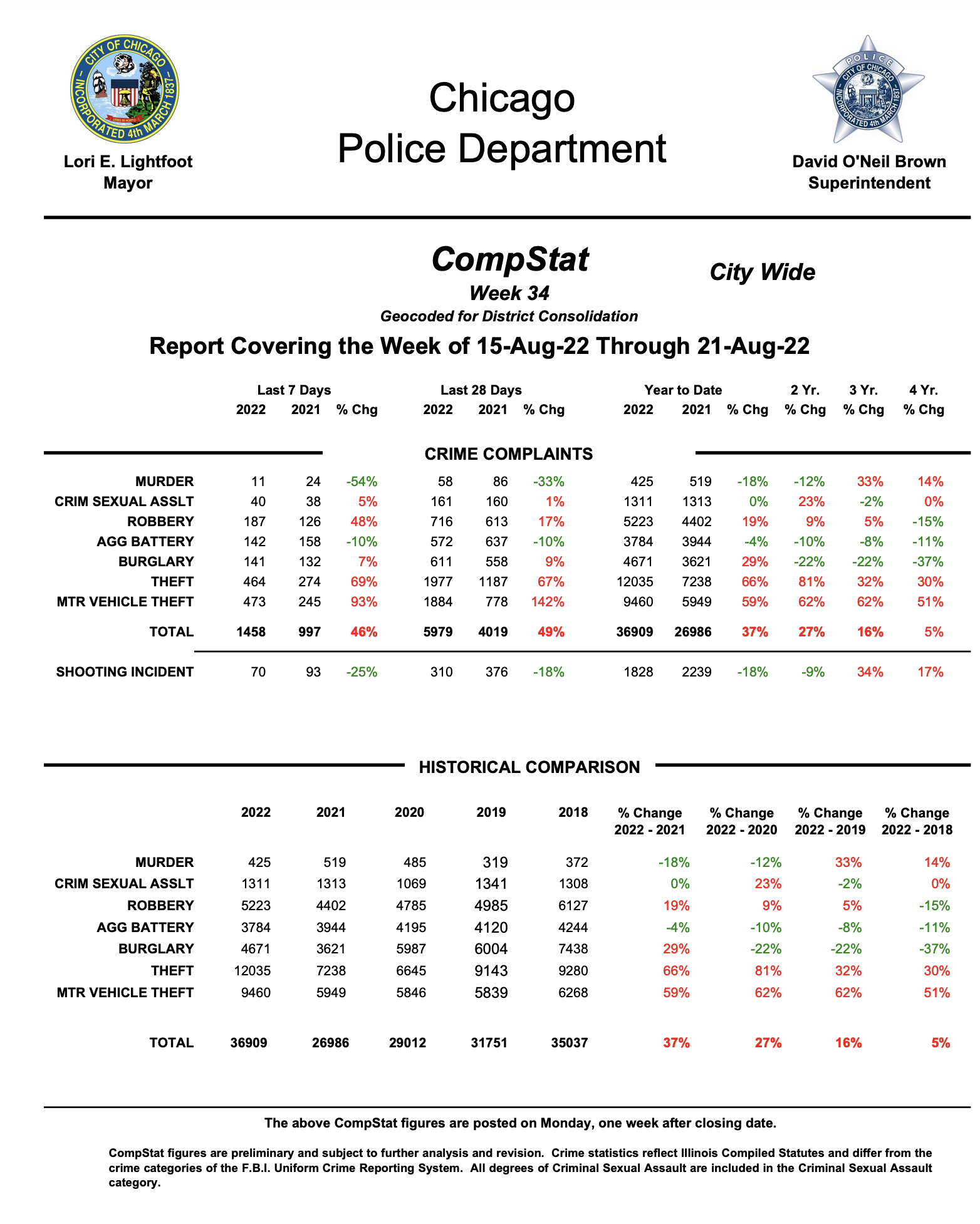 You can clearly see in most categories crime has increased over last year and in some cases by a whopping amount.

Does anyone really believe replacing these officers with social workers and tow trucks would make things better?