“I’d like to teach the world to sing in perfect harmony,” says the old Coke commercial that is VERY unwoke. And why is it unwoke? Because harmony is NOT what doctrine demands, today.

Remember when you were taught to be color-blind? The reason for that was so that everyone would be treated the same. That way nobody was being mistreated for something as trivial as their skin color, but instead being judged “by the content of their character” as some famous guy once said. Wonder who that was.

Well now kids are being told, literally, to “SEE COLOR” in order to be “anti-racist.” Seriously.

From, perfect harmony to “please don’t be part of my song.” 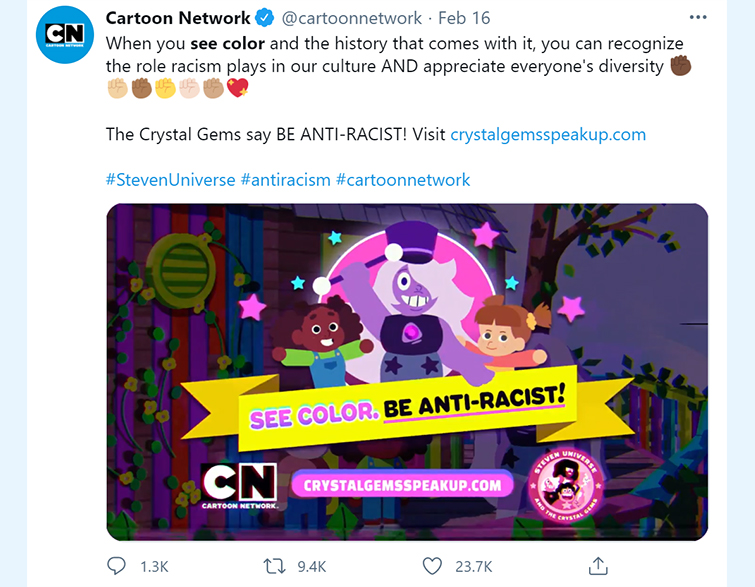 Being anti-racist is the hot new woke saying that means “anti-white.” And before you call me sensitive, you should know that it’s THEM saying it means to be anti-white. Anti-“whiteness” they call it, as if that is different. And Coca-Cola, former champions of the American melting pot, are now on the leading edge of re-segregation.

A whistleblower exposed it. Pardon the Twitter embed, it’s where she posted.

🚨🚨🚨 BREAKING: Coca-Cola is forcing employees to complete online training telling them to "try to be less white."

These images are from an internal whistleblower: pic.twitter.com/gRi4N20esZ

I walk through the images in this video: https://t.co/tBwQ0FGV2N

For people asking to verify this, the course is publicly available on @LinkedIn: https://t.co/T2mmXTACeJ

You can see for yourself. The Coca-Cola icon is in the top right hand corner on some of the images because they're using LinkedIn content for their internal platform.

From “Teach the world to sing” to “teach the world to hate white people.” That’s the triumph of leftism. Not liberalism, leftism. Because it was being liberal, in the traditional sense, that brought us ideas like judging people by the content of their character and abandoning old hatreds and biases.

It’s leftism, Marxism, communism, that are all about bringing hatreds back. Embracing them.

Which is how we end up with tweets like this becoming one of the most popular and liked tweets of the day.

From buy the world a Coke to “try to be less white.” That’s not progress. But the left has never actually been about progress, have they.