Democrats want high gas prices. That is the plan. That was always the plan. Biden cut deals with the Saudis instead of Americans because that is the plan, and they can always cancel a foreign deal, they can’t un-drill in America. They WANT high gas prices because of the green agenda and because it cripples the American lower and middle class so they become more dependent on government. Same reason they are lying about taxes going up. And they expect, and are getting, complicity from the media.

Overnight, the Democrats voted UNANIMOUSLY to defeat Lindsey Graham’s amendment that would have eliminated a new gas tax in the Inflation Reduction Production Act last night in the absurd vote-a-rama. In fact all Republican amendments aimed at actually reducing inflation or helping the economy were defeated.

Talking with Maria Bartiromo on Sunday, Ted Cruz said this lays to rest the myth of the moderate Democrat. Pay attention Republicans in purple states. That “blue dog” Dem who is pandering to you because it’s an election year? They’re frauds.

Mark Kelly, Raphael Warnock, Maggie Hassan, Michael Bennet, CAtherine Cortez Masto. They are not on your side, America. vote accordingly. 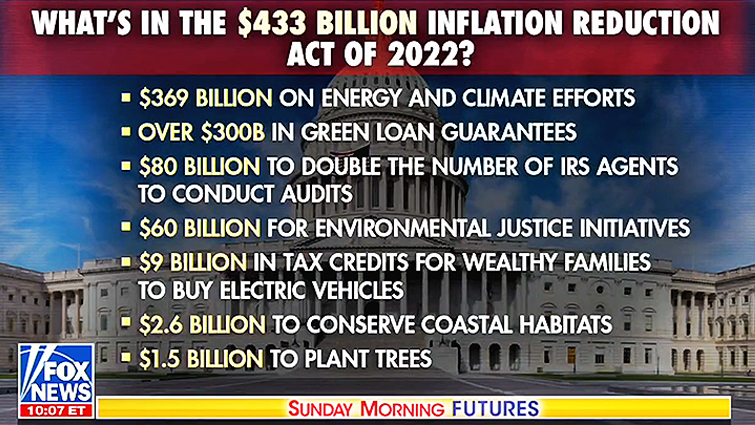