The Amistad Project is holding a press conference today where they have three whistleblowers who will testify to massive voter fraud by both election officials and USPS workers. I’ve read that it includes hundreds of thousands of ballots crossing state lines.

We have three whistleblowers who will reveal substantial evidence of unlawful actions made by election officials; and widespread illegal efforts by USPS workers to influence the outcome of the election.

I’ve found a Real America’s Voice live stream on Youtube that will hopefully work well for you. They will air the press conference at 2PM:

I’ll be looking for others to add here so if you know of one, send it to me.

UPDATE: The FBI has requested to look at the Amistad Project’s data: 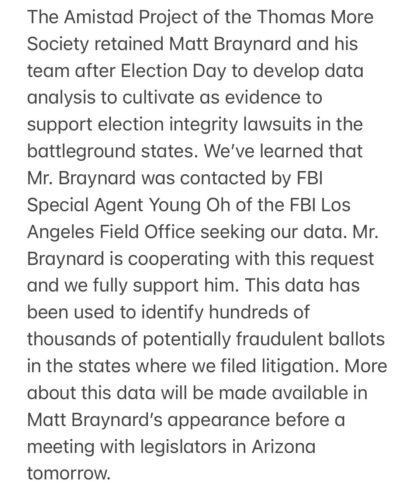