This past weekend President Trump went to a big UFC fight in Las Vegas and was, according to Megan Fox, a “legend”. She said the crowd was very supportive of him when he came in:

Joe Rogan was also there and, at the very end of this clip, he says “When [Trump] walked in though, I’m telling you man, they cheered the **** out of him.”

ROGAN: "When he walked in..They cheered the f*ck out him."

This flies in the face of claims by liberals that Trump was primarily booed:

Not the reception you would expect for Donald Trump at a UFC event. There were some cheers scattered about the crowd and a few audible “USA, USA” chants, but that’s a lot of boos for the historically right-leaning fan base. pic.twitter.com/blNZPOuyoF

Lastly, one other notable thing happened at the UFC fight and it came from another legend, Mel Gibson. This is actually the same video as the one above, but watch it again and you’ll see Gibson saluting Trump as he walks by:

In case it was hard to see, here’s the moment: 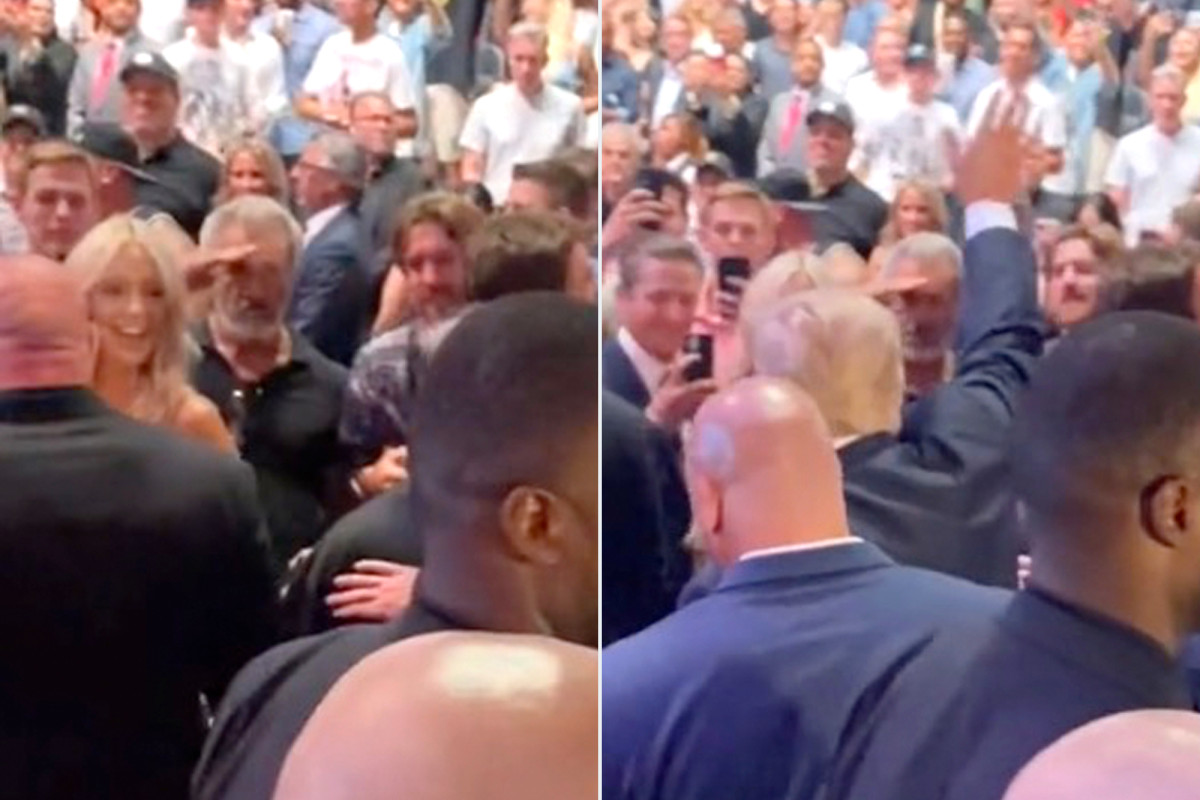 This has apparently caused great consternation for Gibson fans and haters, according to The Blaze:

Author John Pavlovitz hit out at Gibson on Twitter, writing, “Mel Gibson is who we thought he was.”

Another user complained, “The crazy thing is, you didn’t even need to know why Mel Gibson was trending to know that he probably did something s****y. Rest in hell to his dead career.”

“Of course Mel Gibson gave Trump a salute at the UFC game, they both have shared fondness for Nazis and white supremacists,” yet another user thundered. “If you’re more upset that I accidentally referred to the UFC match as a game than the fact that Mel Gibson is a racist, homophobic anti semite who counts being verbally abusive towards women as one of his favorite past times then may I suggest you rethink your priorities.”

Yet another chimed in, “Yes, not a surprise. Both guys know how to salute but know nothing of the military.”

“Can’t say I was surprised. Also I can’t believe I used to be a huge fan of his. I can’t watch any of his movies anymore,” another complained.

What a bunch of leftist pukes. But I doubt Mel Gibson gives a crap about their hate. He doesn’t need Hollywood anymore like he might’ve used to when he was younger.