The despicable, horrible and vile Nancy Pelosi just admitted to reporters that she intentionally blocked the coronavirus stimulus after announcing she’s ready to accept half of what she was demanding for months:

CNN reporter Manu Raju, who asked the question through a mask that was very hard to understand, explained what he said on Twitter:

Pelosi for months has said she wouldn’t accept half-a-loaf on stimulus – but now they’re looking at a $900 billion deal affer Pelosi had been pushing for $2.2 trillion. So I asked her if it were a mistake not to accept half-a-loaf months ago. “It was not a mistake,” she shot back

Pelosi didn’t just shoot back and say it wasn’t a mistake, she scolded Raju for simply asking if it was a mistake to not accept a lower stimulus months ago and then claimed it was an intentional decision to refuse to accept it, admitting that she was the reason there was no stimulus for months. Here’s the full transcript of her comments via Raju: 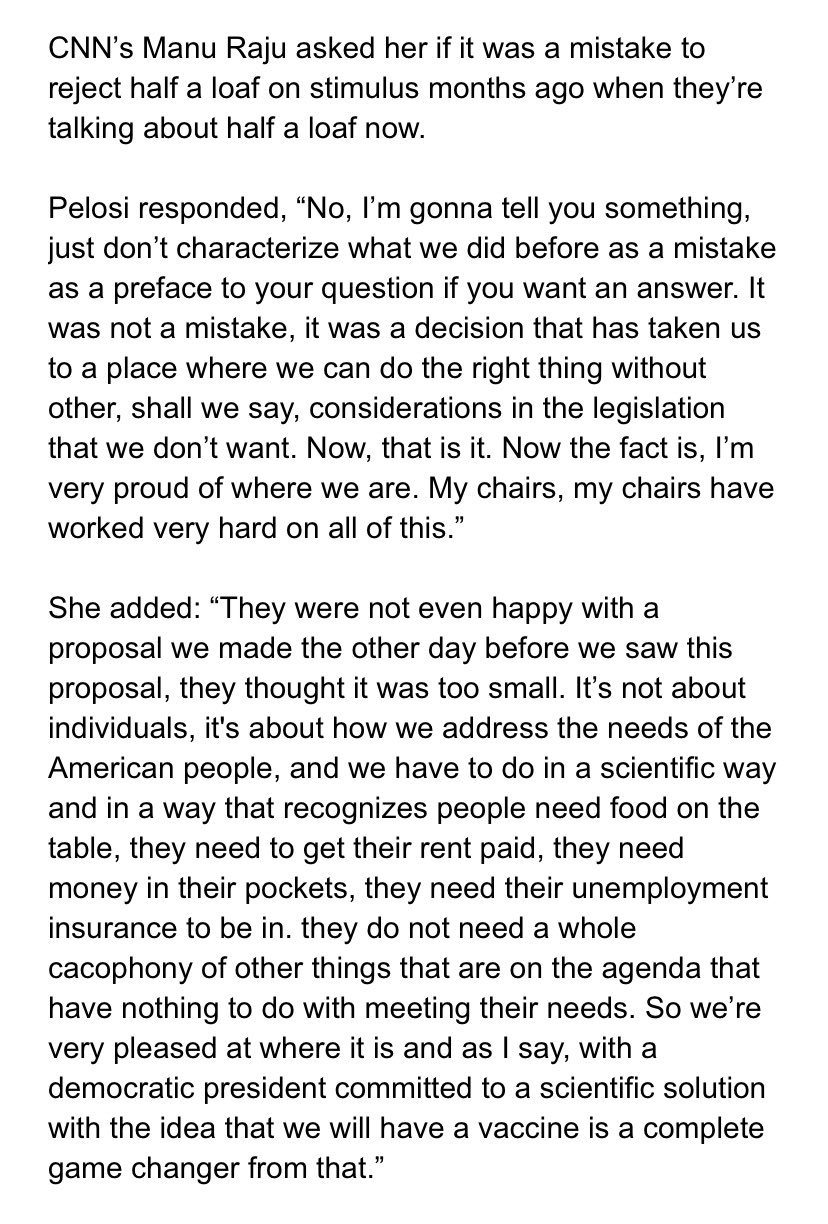 Pelosi is just evil. Everything she said here is bullshit, pardon my french. She is only willing to accept a $900 billion stimulus now because she thinks she’s gotten the president she wanted. She intentionally refused to put food on people’s tables, to help pay their rent, to put money in their pockets and to ensure they received pandemic unemployment insurance, all because she thought it would hurt Trump.

The Senate Democrats, in league with her, intentionally and continually blocked bare bones stimulus bills that didn’t have a cacophony of anything. They didn’t care that people were suffering without jobs because they’d lost them due to the government lock downs. They had to do their part to destroy Trump. And the MSM, including people like Manu Raju, went right along with it and kept their mouths shut.