“This is insane,” said the Co-Founder & President of RealClearPolitics Tom Bevan in linking to a site that is going around on Twitter today called “Trumpvoterlist.”

“Well this is psycho,” said liberal lesbian feminist freelance writer Katie Herzog, herself a victim of cancel culture over an article on trans issues back in 2019. “People have lost their minds,” said former Georgia Democratic candidate Barrington Martin II.

They’re talking about a site which has the stated purpose of doxxing everyday Americans – every one of them – who voted for President Donald Trump. 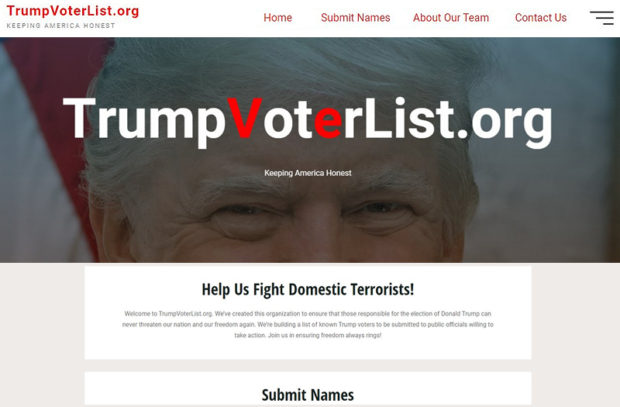 “Welcome to TrumpVoterList.org. We’ve created this organization to ensure that those responsible for the election of Donald Trump can never threaten our nation and freedom again,” reads the about page.

“We’re a diverse group of patriots and People of Color looking to make a positive difference in America by unmasking Donald Trump voters. We believe that the majority of Trump voters only supported his presidency anonymously,” the site explains. “It’s clear that the true majority of Americans opposed Donald Trump in public, but it’s our duty to expose those who actually supported him in private.”

It was described by a LOT of replies as being an elaborate troll. And in fact, you could submit any name you wanted. So after it went viral on Twitter, people started submitting joke names, names of Democrats and more.

But then they added an “update” to the tattle form. 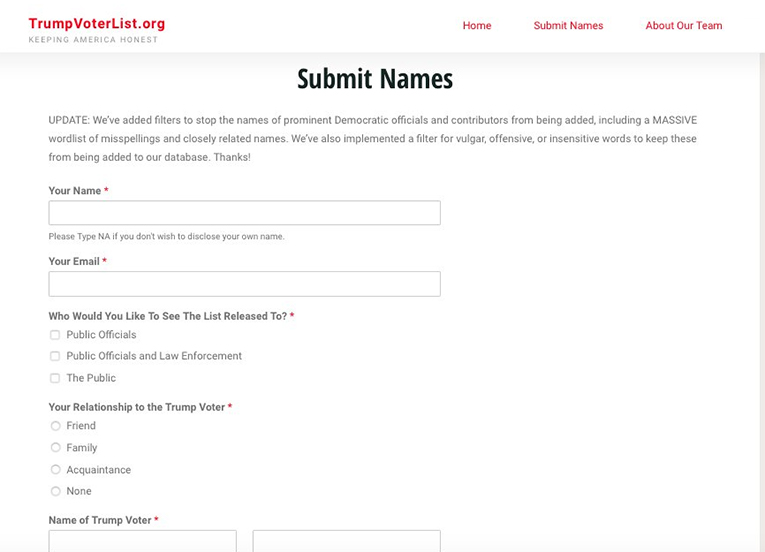 It’s real enough. It certainly reflects the rhetoric from the Democrats and the media and Big Tech (but I repeat myself.)

As Bevan said in his tweet, “The Founders are rolling over in their graves.”