White House Press Secretary Karine Jean-Pierre is claiming that what everyone else is calling a recession is actually ‘stable and steady growth’.

KARINE JEAN-PIERRE: “Now what we’re seeing is a transition into stable and steady growth.”

Talk about peeing on your leg and telling you it’s raining.

The news that came out today was that the economy shrank or contracted. This is the opposite of growth. And yet Karine has the audacity to lie to the American people by telling us that we are seeing ‘stable and steady growth’?

This is NOT stable and steady growth! 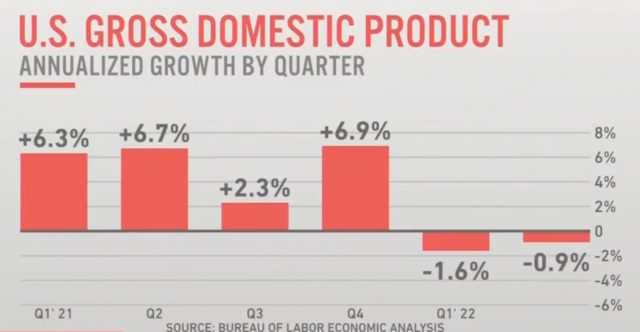 Do these Biden brown shirts really think the American people are that stupid? I think they must or else they wouldn’t be lying to us like this. But they are in for a rude awakening in November…