Dr. Naomi Wolf is so woke she’s considered caffeine in 23 states. But not woke enough to avoid misgendering someone, apparently.

If you’re not in the woke-know, “misgendering” is when you guess wrong what gender someone is based on things like their having a penis or being pregnent or, in this case, based on their name.

You see, a woman who was part of the team that brought us the first computer rendering of a picture of black hole has been getting woke famous for her contribution, one of many, to the project. Her work was instrumental, but it was part of a big team that also included other women. Nevertheless her name and the photos that went viral showing her excitement over the image have been used for virtue signaling all over. And that’s what Woke Wolf was up to when she tweeted a screenshot to scold men for being so backward and etcetera.

Since she deleted the tweet that she isn’t backing down from, here is a screenshot.

And this is the screenshot that was with the tweet: 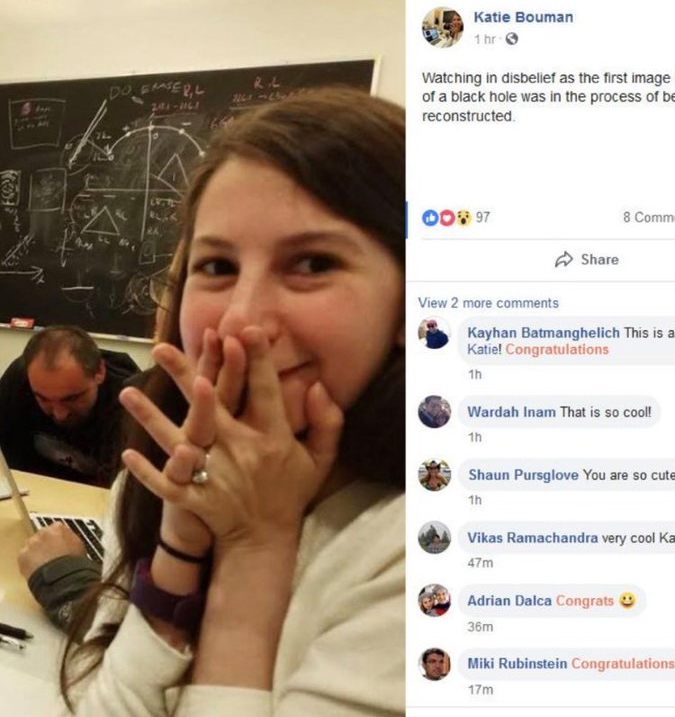 But it turned out that wasn’t a guy who called the scientist cute. It was a gal.

1) If this is the worst problem brilliant young women face, hallelujah
2) Several people have pointed out the comment comes from a woman. Yet here's this tweet a day last, unchanged https://t.co/GQlC0W1NBN

Oops, right? Actually, not much. As Ann Althouse posted, the takesies-backsie wasn’t that much backsie.

I stand corrected on gender of Shaun Pursglove, but absolutely do not back down on fact that whatever gender this comes from, a young woman's huge accomplishments are often derailed by trivializing attention to her personal attributes. Also notable: abusive tone in responses.

It turns out the “She’s so cute” commenter, with the first name Shaun, actually was a woman, the Wolf premise of Wolf’s expansive generalization was embarrassingly wrong. Wolf subsequently put this up, so you can see she doesn’t accept the push-back about the generalization

Got that right. She doesn’t accept the pushback, AND it doesn’t change or even make her question her view or assumptions. She doesn’t even wonder if her own use of Katie Bouman’s moment to further her agenda and sell her books was itself “derailing” the young woman’s accomplishments.

Nope. She just ain’t backing down. Because men are bad. Especially orange ones. Etcetera.