Tucker Carlson used to have the top show on cable, but not anymore. He even got beat by a show called ‘Moonshiners’ on the Discovery Channel: 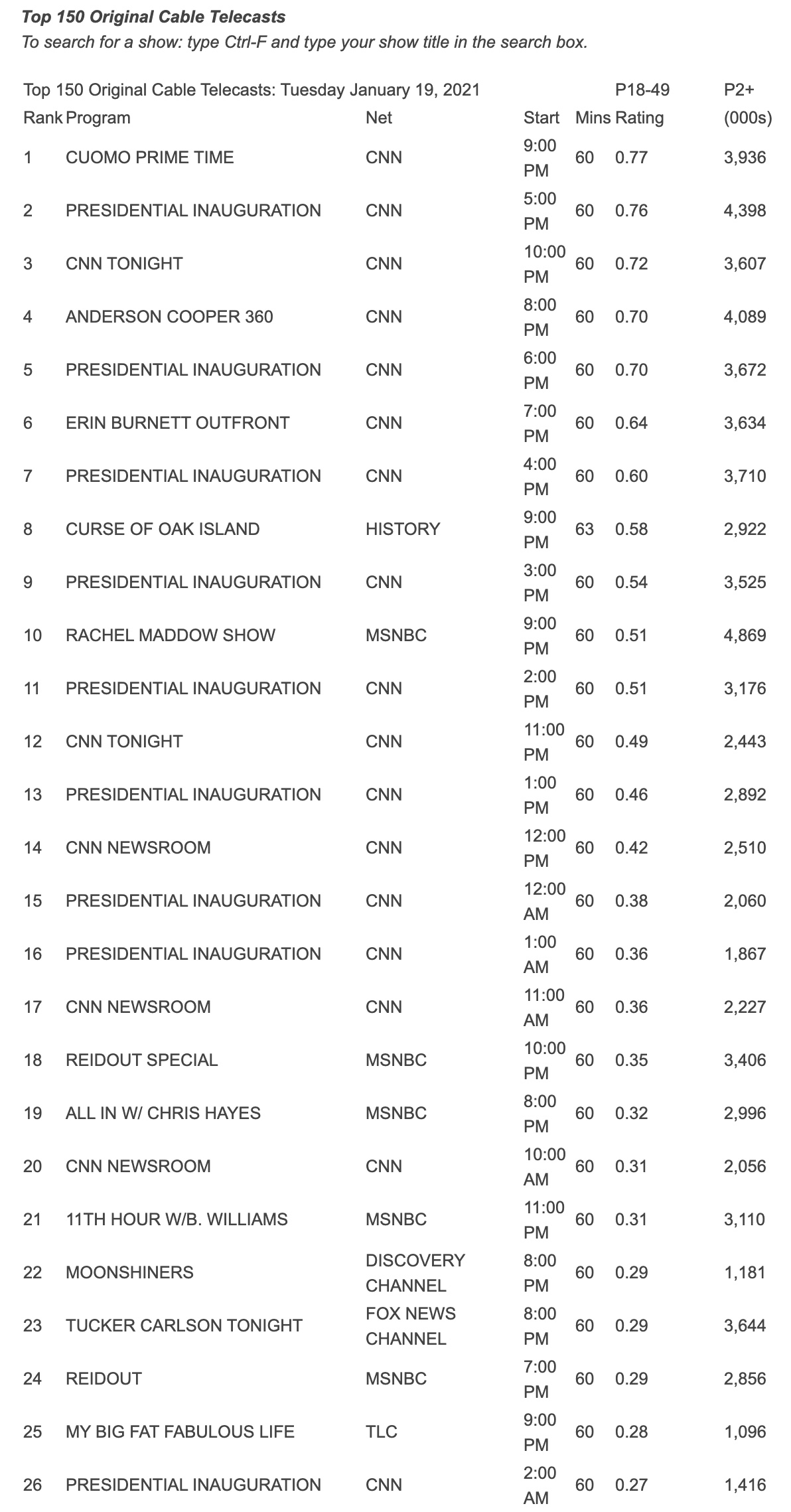 Talk about plummeting. The night before the inauguration, Tucker came in at 23rd in the coveted P18-49 demo. You can see he still has a good amount of overall viewers, but the demo is where the big ad money is.

Ingraham Angle and Hannity, which aren’t on this screenshot, came in at 33rd and 34th respectively.

And look who is sitting at the top? CNN’s Fredo. Unbelievable. In fact there’s a lot of CNN all over the place in the top 20.

Don’t be confused by the shows called ‘presidential inauguration’, these ratings are for the 19th, not yesterday the 20th.

The night before wasn’t much better. Monday night Tucker came in at 21st, while Laura Ingraham was 29th and Hannity 34th.