You know how they say a picture tells a thousand words? Well there might just be a thousand migrants in this one picture obtained by Breitbart of a border facility overwhelmed by migrants.

It gives a glimpse into the chaos that our immigration officials are dealing with as more and more caravans target the United States southern border.

Breitbart exclusively obtained the photos that are reminiscent of the Obama-era border surge. The images depict a Customs and Border Protection (CBP) processing, detention, and transport facility at a U.S. port-of-entry in El Paso, Texas. According to the source of the images, the photos were taken on February 17, 2019. 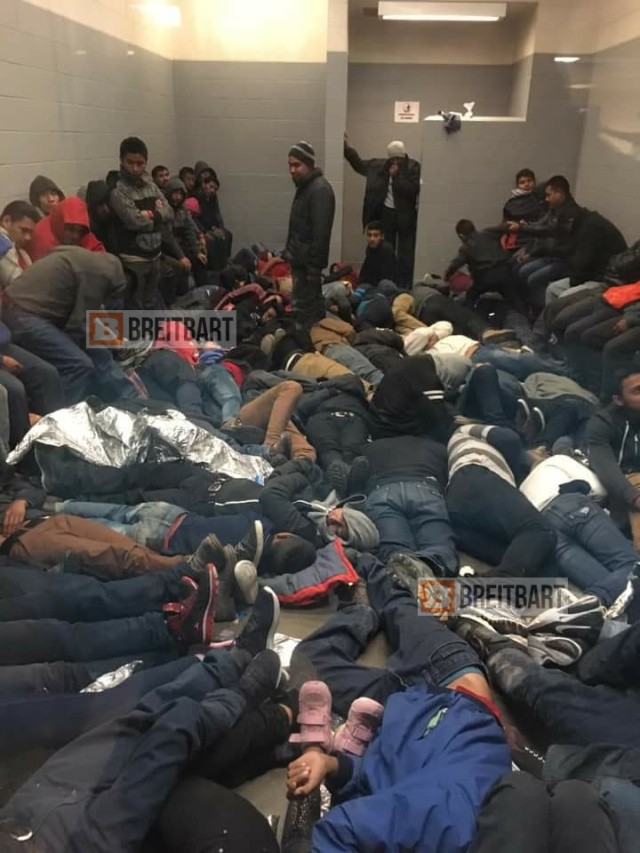 The images were provided by a source operating under the umbrella of CBP who spoke with Breitbart on the condition of anonymity and stated, “The medical staff at the facility can’t keep doing this. They are getting overwhelmed.”

Ok maybe not a thousand, but you get my point.

“This is no different than what we were dealing with during the Obama Administration. This is happening in the Rio Grande Valley Sector, the Del Rio Sector, the El Paso Sector, the Tucson Sector, the Yuma Sector, and the San Diego Sector. It’s almost across the entire Southwest border that we are being overwhelmed by migrant families.”

If every border sector is being overrun like this, we definitely need a wall. But we also need revamped immigration policies to stop this from happening in the first place. And I don’t think what Trump got from Congress will deal with this at all.