YouTube has removed a viral video of two doctors from California who were disputing the stay-at-home orders and their effectiveness based on their own test results:

Is it just me or did @YouTube take down Dr. Erickson's viral video with 5 million views? https://t.co/eNjJ0e7K34 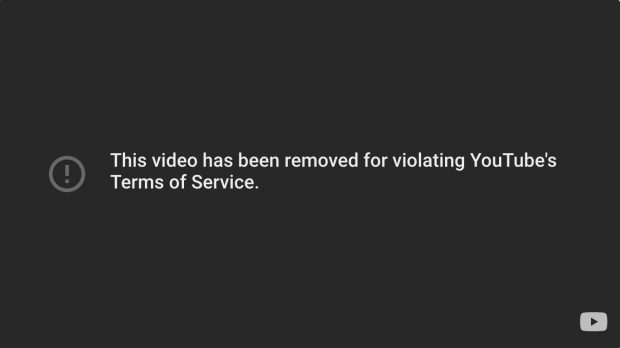 As Johnny Dollar points out, the video that YouTube took down was actually posted on YouTube by 23 ABC News, a local ABC affiliate in Bakersfield:

That video wasn’t posted by the doctors, or some political group. It was posted by 23 ABC News | KERO so taking it down was an action against a journalistic org. I hope @brianstelter raises hell about this in his newsletter tonight. He has always been a champion for press freedom https://t.co/T30nW3YCgg

The American College of Emergency Physicians (ACEP) and the American Academy of Emergency Medicine (AAEM) jointly and emphatically condemn the recent opinions released by Dr. Daniel Erickson and Dr. Artin Massihi. These reckless and untested musings do not speak for medical societies and are inconsistent with current science and epidemiology regarding COVID-19. As owners of local urgent care clinics, it appears these two individuals are releasing biased, non-peer reviewed data to advance their personal financial interests without regard for the public’s health.

They not only call it reckless, but accuse the doctors of advancing their own personal financial interests. Wow.

I haven’t watched the video myself so I can only go by what others are reporting on it. Here’s what was reported on Bakersfield Now:

Doctors Dan Erickson and Artin Massihi of Accelerated Urgent Care are calling for the county to reopen despite the on-going COVID-19 pandemic.

The two held a press conference Wednesday during which they talked about the coronavirus pandemic both at the state and local level.

The doctors talked about the quarantine measures currently in place and stated that quarantining the healthy goes against what they studied.

“We decided to keep people at home and isolate them, even though everything we’ve studied about quarantine , typically you quarantine the sick. When someone has measles you quarantine them. We’ve never seen the healthy, where you take those without disease and without symptoms and lock them in your home. So some of these things from what we’ve studied from immunology and microbiology aren’t really meshing with what we know as people of scientific minds who read this stuff,” said Erickson.

That’s just a snippet. You can watch the full video at Bakersfield Now. I tried to embed it but it wouldn’t allow it.

UPDATE: The embed is working now:

Or if you prefer you can watch the video from Laura Ingraham’s show last night. She interviewed both doctors about their findings: