So the charging document against the cop that killed George Floyd also had a very important snippet from the autopsy report:

Here’s the court document where prosecutors summarize what happened to George Floyd. Note: medical examiner says there are “no physical findings that support a diagnosis of traumatic asphyxia or strangulation” but also says police restraint likely contributed to Floyd’s death. pic.twitter.com/Fe9G48JDRi 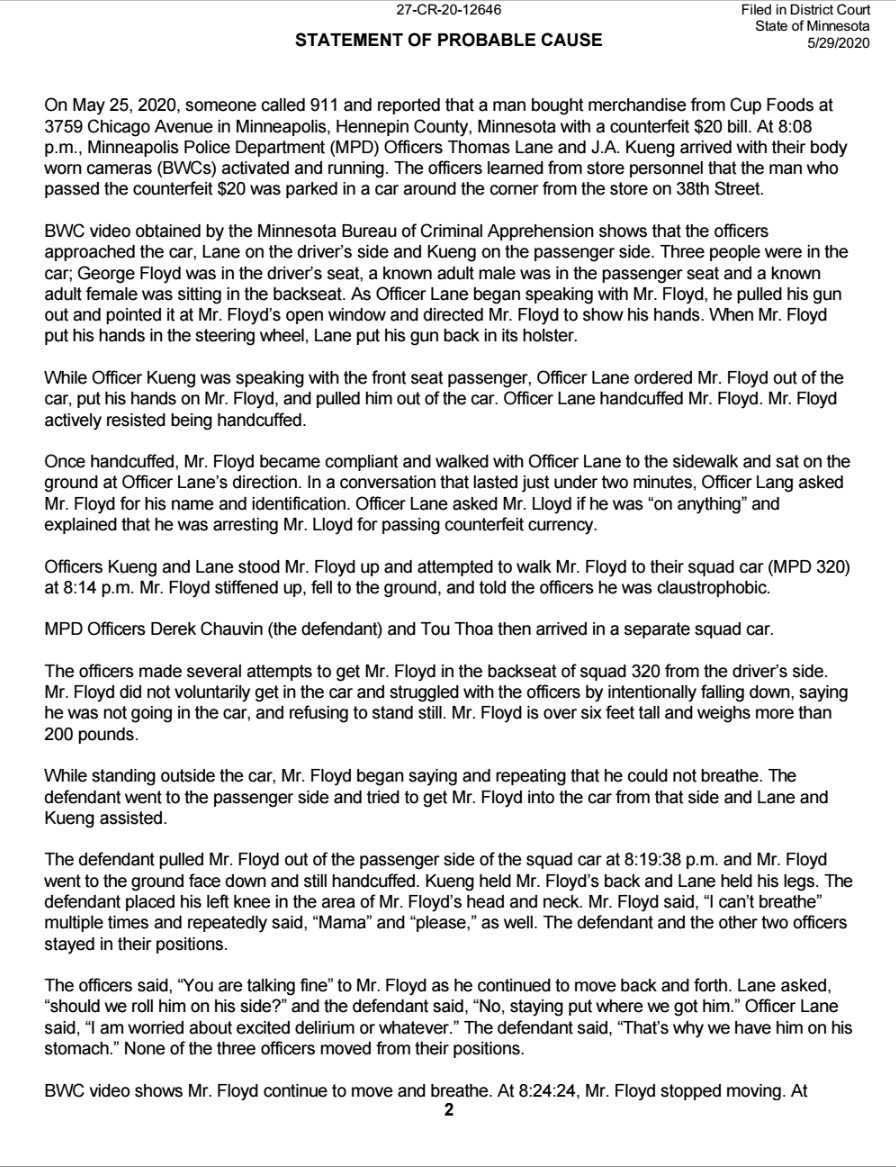 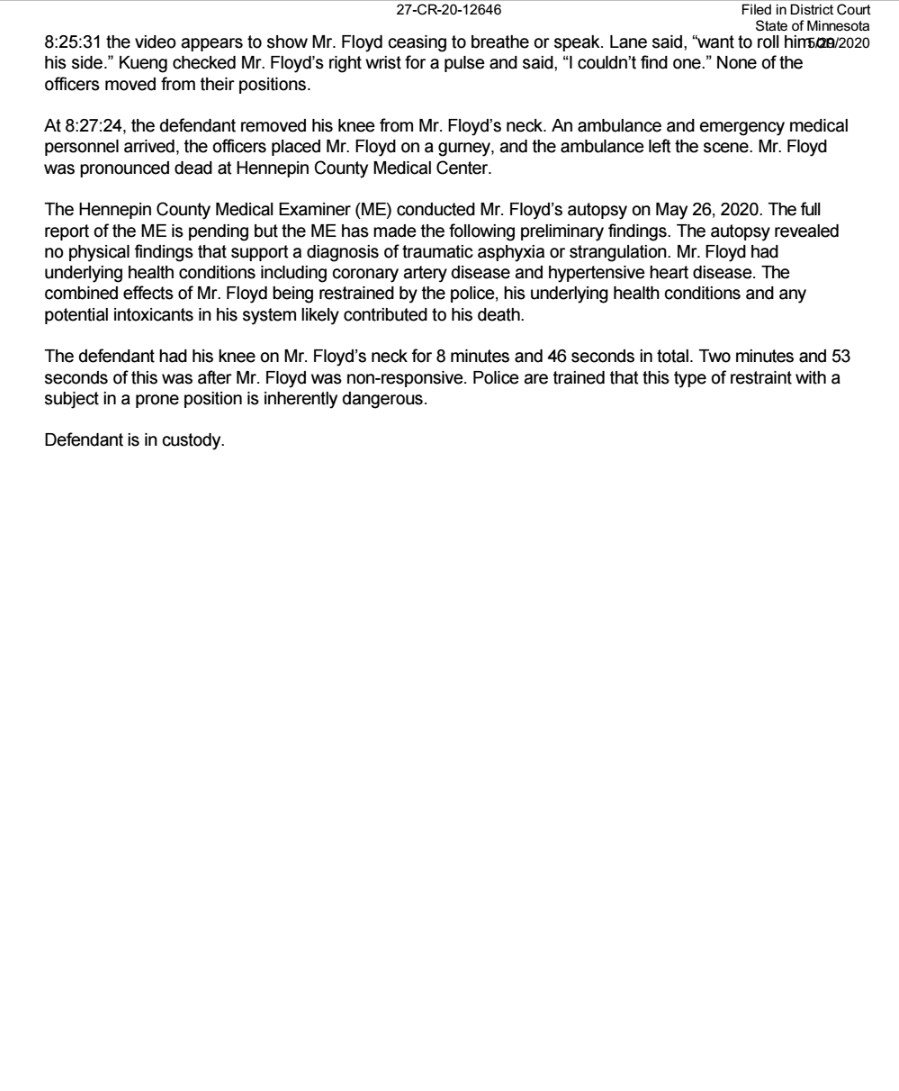 So, this is a preliminary report, but it’s very important. It means that some of the blame for the murder lies somewhat with Floyd’s medical conditions. That doesn’t mean the cop ISN’T culpable. But, it does mean, I think, that it’s a little tougher to pin it on the cop.

Also it says that they’re still waiting on a toxicology report. If they find something you can bet that will be a firestorm as well, even though it likely doesn’t matter at all because of what is seen on the video of the altercation that led to his death.