Indoctrination to CRT, the gateway drug to Marxism, is already taking place all over corporate America in addition to the halls of government, academia, and on down to kindergartens and day cares. But Project Veritas exposing what’s going on at Hasbro isn’t just about the company itself. It’s about the products.

That means toys, y’all. They’re deliberately aiming to indoctrinate kids “through branding and messaging. Through their products.” That’s a quote from the whistleblower.

Here are two videos, a ten minute clipping overview, and then below that, a full half hour presentation. Choose which to watch, but you’ll want to watch one of them.

The really short version is simple. Veritas and their whisteblower, David Johnson, have the training videos from the company itself, in which they EXPLICLITY STATE they are using their products for the EXPRESS purpose of altering the attitudes and “biases” of their target consumer. That is, children as young as FIVE years old.

No that is not an exaggeration: 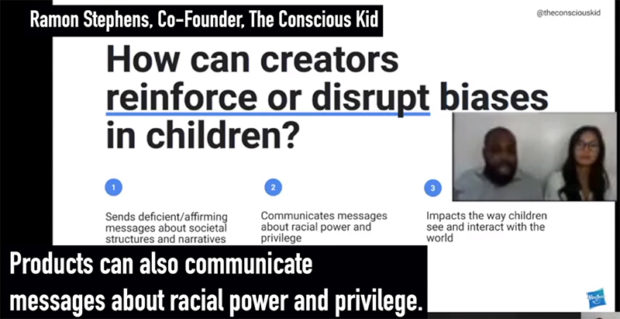 So yeah, you’ll want to watch this.

You see how far this has gotten? Maybe the wokes have REASON to be so comfortable saying the quiet part out loud…