Joe Biden and his DHS Secretary are restricting the media from seeing what’s really going on in these facilities at the border where they are housing unaccompanied children.

But Axios, via a House Democrat, got their hands on photos from the facility in Donna, Texas and here’s what it looks like: 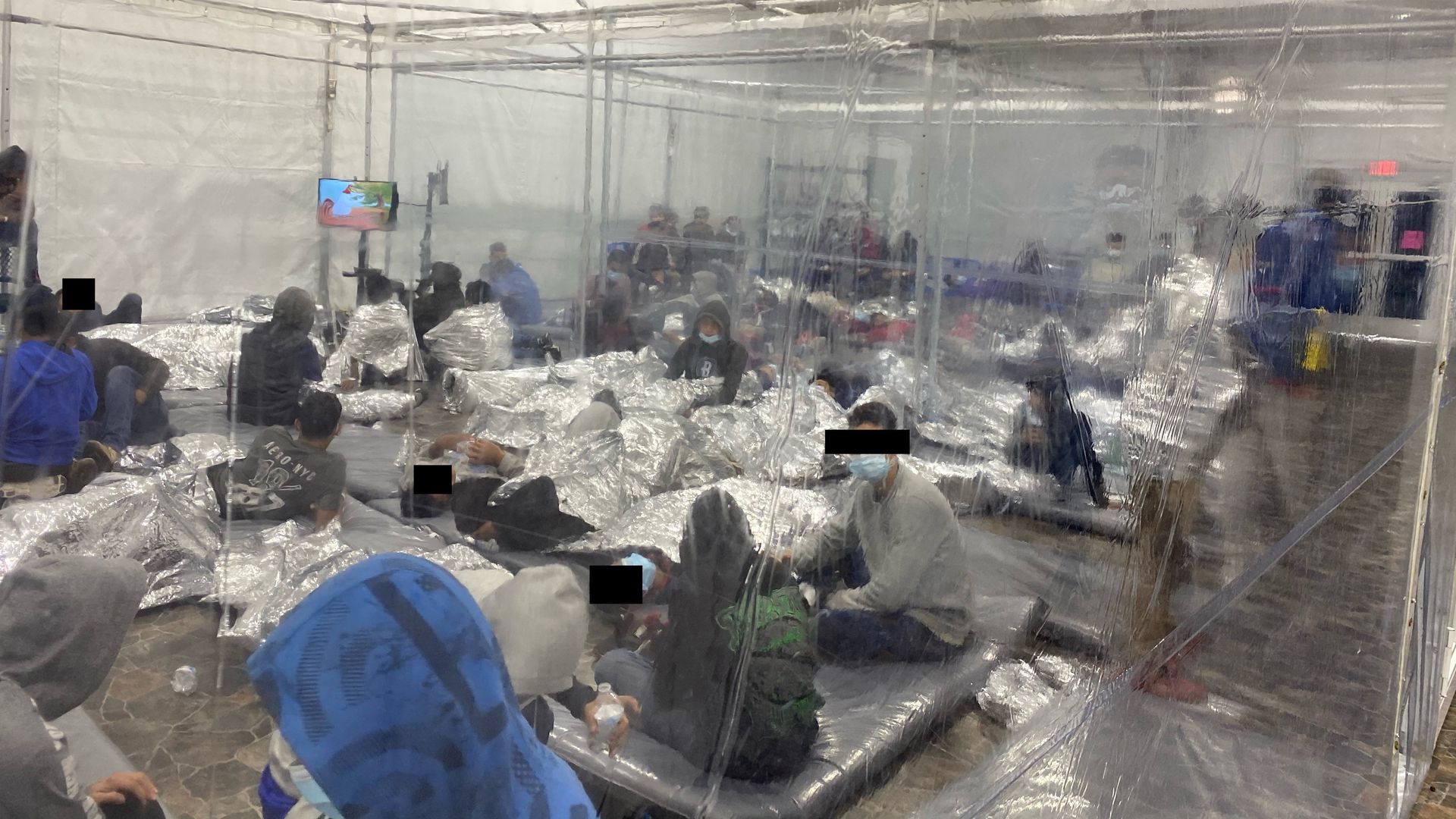 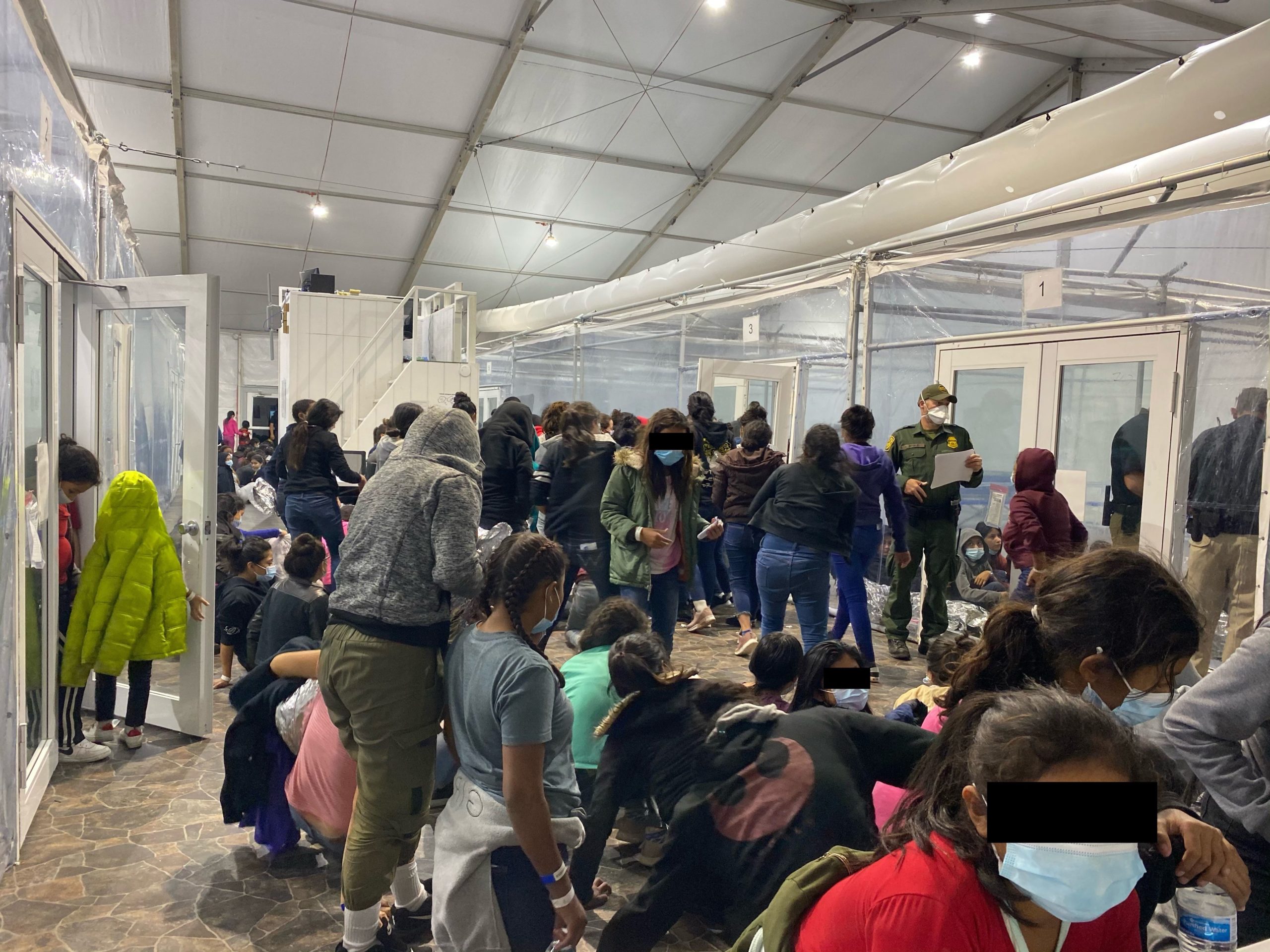 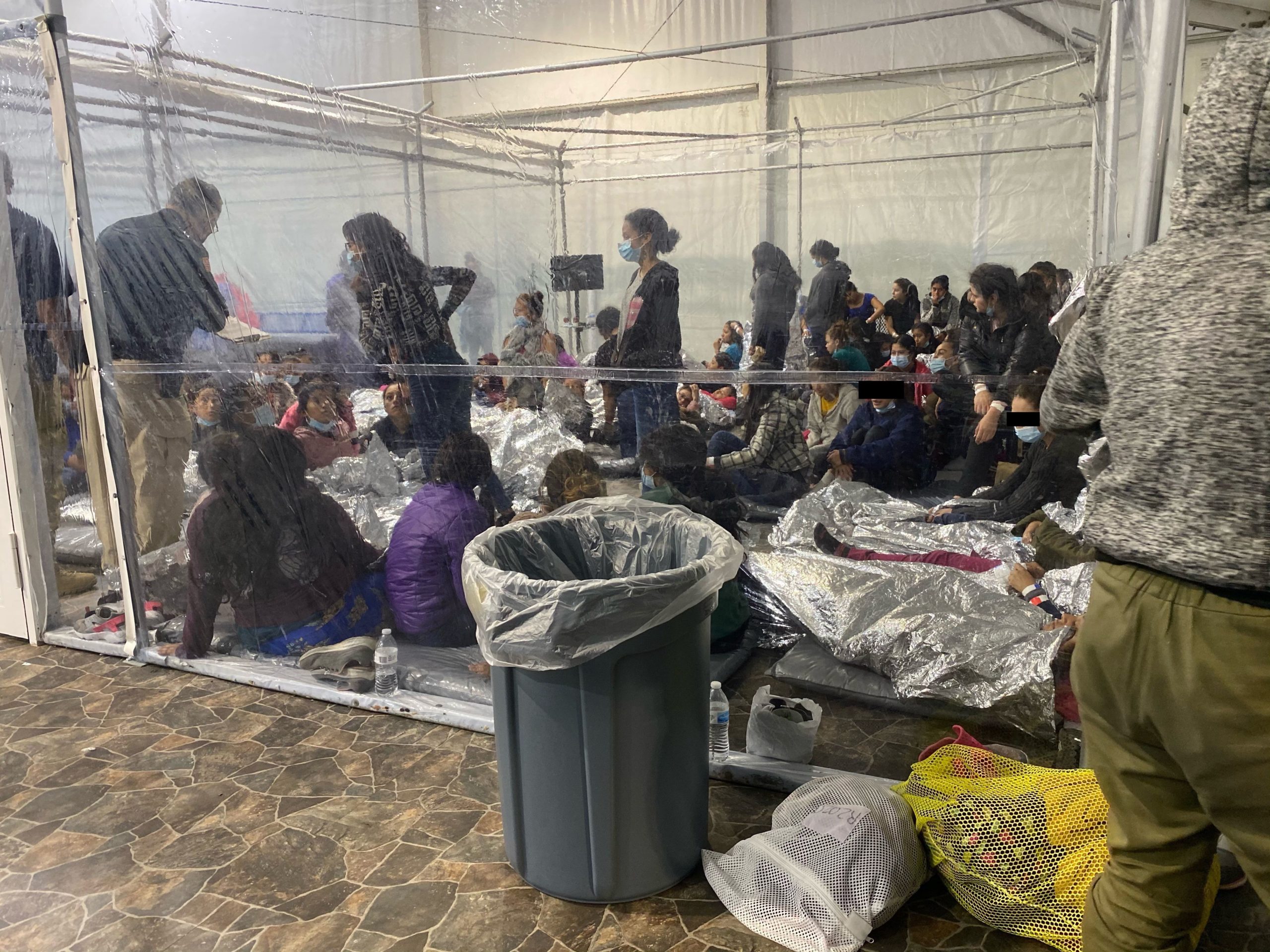 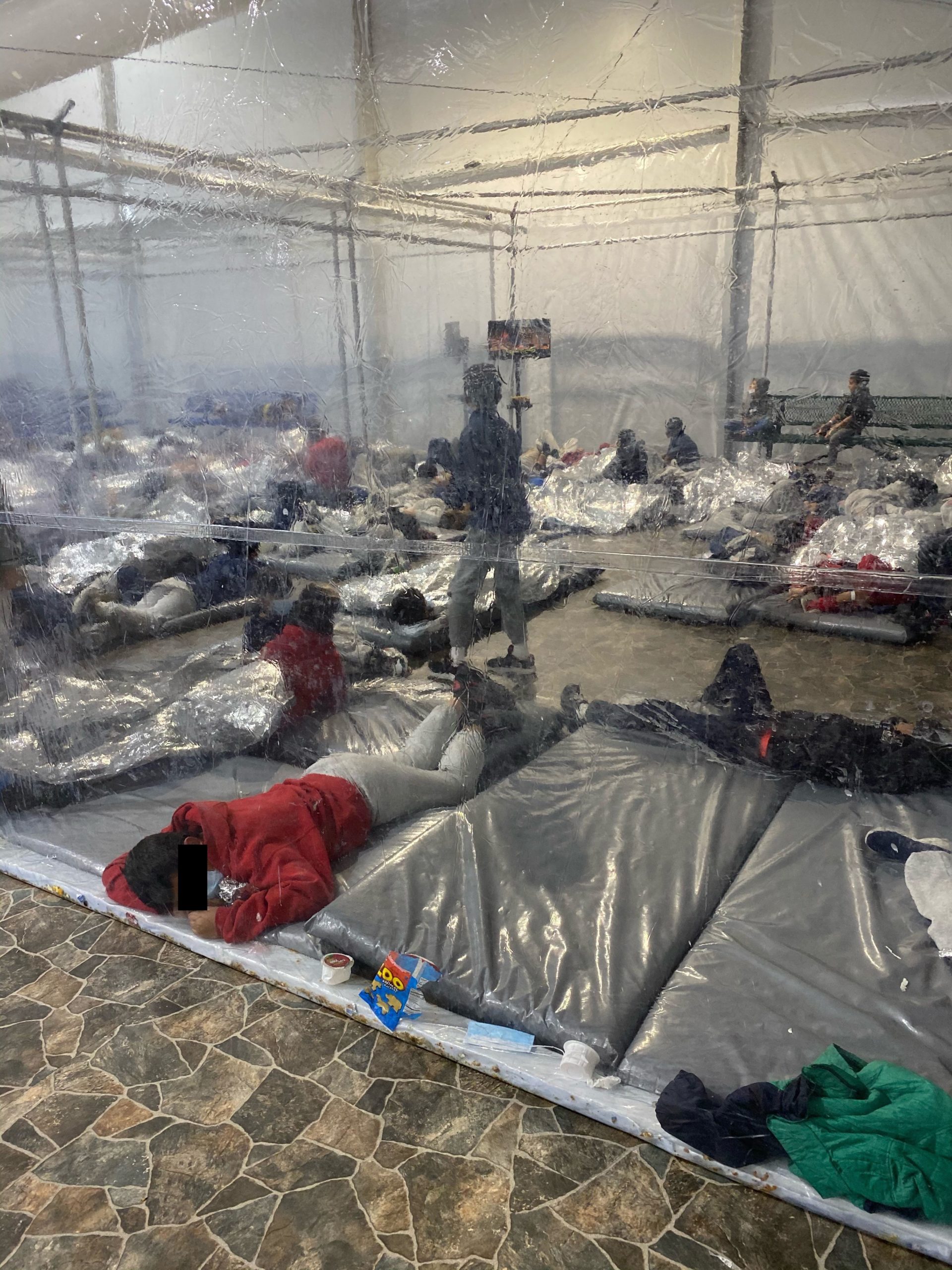 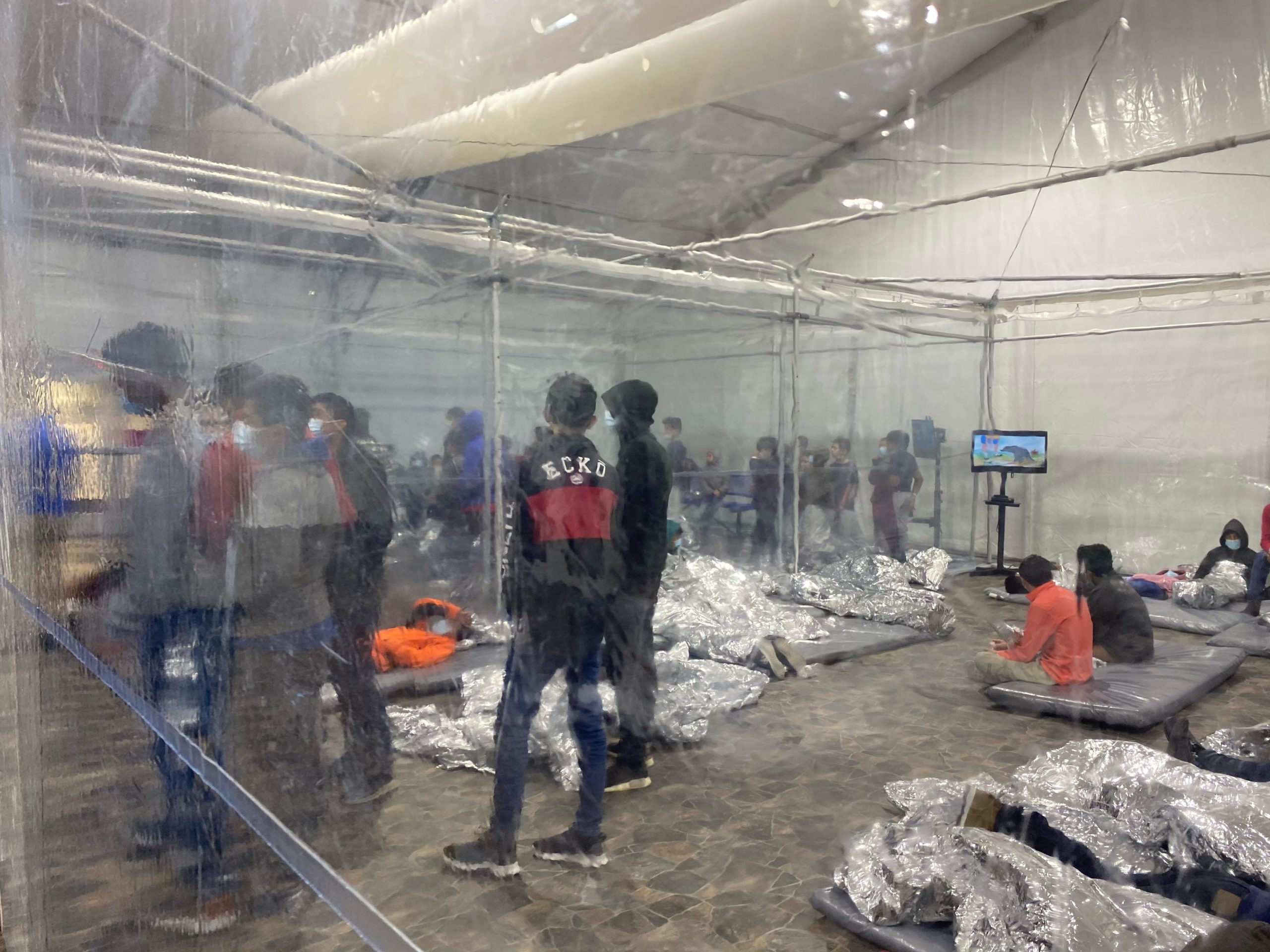 Here’s more on the photos from Axios:

Exclusive photos from inside a U.S. Customs and Border Protection temporary overflow facility in Donna, Texas, reveal the crowded, makeshift conditions at the border as the government’s longer-term child shelters and family detention centers fill up.

Each of eight “pods” in the so-called soft-sided facility has a 260-person occupancy, said Rep. Henry Cuellar (D-Texas), who provided the photos to Axios to raise awareness about the situation. But as of Sunday, he said, one pod held more than 400 unaccompanied male minors.

Because the Biden administration has restricted media coverage at housing facilities, images like these offer a rare window into conditions.

Cuellar, who recently visited a shelter for children, did not tour the Donna facility or take the photos himself. He said the photos were taken over the weekend.

Cuellar described the setting as “terrible conditions for the children” and said they need to be moved more rapidly into the care of the Department of Health and Human Services.

Border Patrol agents are “doing the best they can under the circumstances” but are “not equipped to care for kids” and “need help from the administration,” he said.

“We have to stop kids and families from making the dangerous trek across Mexico to come to the United States. We have to work with Mexico and Central American countries to have them apply for asylum in their countries.”

The bottom line: Facilities are at capacity under coronavirus protocols, and the Rio Grande Valley sector — which includes Donna — has far exceeded even its non-pandemic limits.

As of Saturday, there were 10,000 migrants in CBP custody overall. Nearly half were unaccompanied minors — thousands of whom had been waiting for more than 3 days in border patrol facilities, according to government data provided to Axios by another source.

You know it’s bad when a Democrat is now saying that we need to do what Trump did to stop what’s happening at the border. But his president did this, undoing all the agreements Trump had put in place and causing this historic surge both by irresponsible rhetoric and policies.

And yet Democrats are still pulling their punches, refusing to call these inhumane cages or “concentration camps” like they did when Trump was president. I checked AOC and Pelosi’s twitter this morning and so far there’s nothing. These photos have already been out for hours and nada.

Whatever you think of these facilities, the Biden administration is lying to the American public about what’s going on most Democrats and the media are clearly letting him get away with it. There’s no scandalizing of what we see in these photos by any stretch and there absolutely should be. Not just because of what these children are having to deal with here, but more so because of what they were likely subjected to by the drug cartels on their trek here.

James O’Keefe also got his own insider photos from the same facility and explains it below:

UPDATE: Here’s a reminder of what a horrible person Joe Biden truly is:

Rooms of people packed body to body. Kids being held without access to showers or a change of clothes. It’s simply abhorrent.

We all have a moral obligation to keep speaking out until this administration ends these inhumane policies once and for all. https://t.co/KrxqXcHV9p