In response to a tweet about that from CBS Los Angeles, Ben Shapiro made a point I thought was worth echoing here:

About four times as many people are murdered each year in the US using knives than rifles. Yet we keep hearing about bans on rifles. https://t.co/BDDFGVrURm

Knives ares used in almost four times as many homicides as rifles? My first thought was that can’t be right.

But then I looked up the FBI statistics: 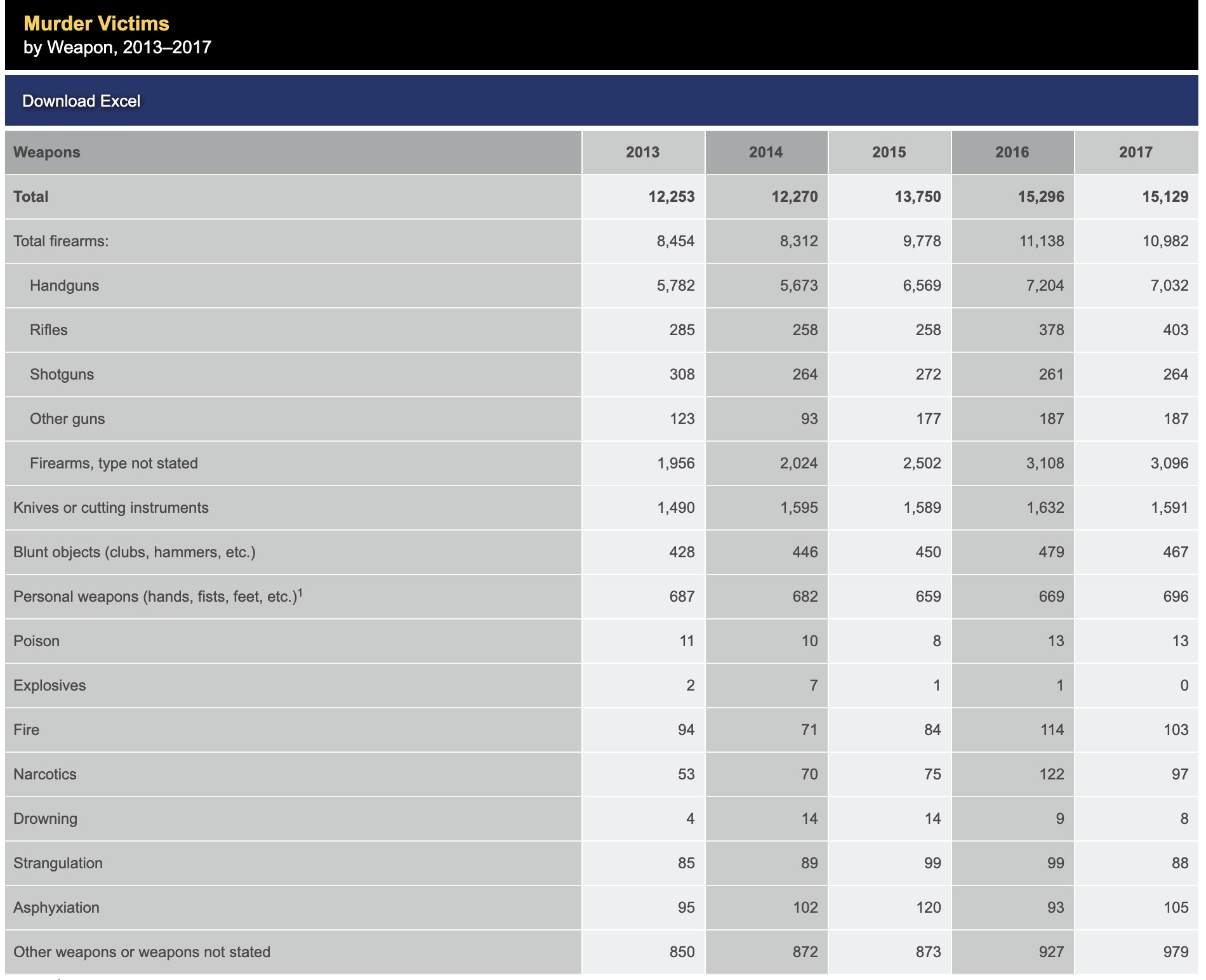 But that’s just 2017. If you look at previous years, the disparity is even greater. And whatever you do, don’t look at the handgun statistic.

And yet all we hear about is banning sporting rifles like the AR-15. Even Bill Clinton came out today and called for a reinstatement of the Assault Weapons ban.

The media and Democrats are pathetic. They only want to do things that make it look like they are trying to solve problems. It’s all about winning elections.